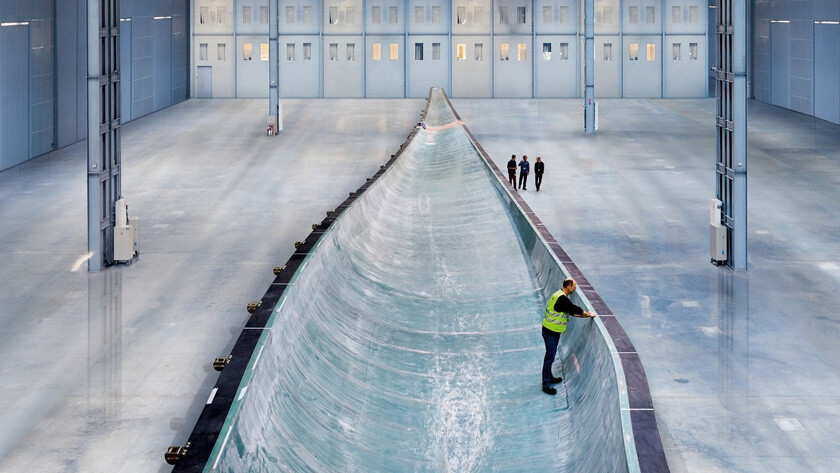 The localization of components for wind generators is a difficult, but feasible task for the Russian industry. The most difficult, perhaps, element of the wind generator are the blades. Mass-dimensional characteristics of the blades are impressive – the dimensions are from 50 meters in length and the complex profile, which ensures a noiseless operation, along with the high potential of wind power extraction on the wind wheel. The German supplier of integrated solutions for the construction of wind power plants Aero Dynamik Consult GmbH, commissioned by NPK Khimpromengineering (UMATEX Group) (part of the state corporation Rosatom) will design the construction of a new glassy-fibrous blade that will be operated on wind turbines with a capacity of 2.5 MW each technological partner of Lagerwey, whose wind generators are going to be produced by Rosatom, which is expected to be completed by the spring of 2018 and start production at enterprises in the perimeter of Rosatom.

Totally, taking into account the results of the 2016 (610 MW) and 2017 (360 MW) tenders, Rosatom plans to build 970 MW of wind parks from 2018 to 2022. It should also be noted that the state-owned corporation was obliged to commission the first wind farm in 2018, so there is not much time left to develop and produce components. The requirement to localize the production of components for wind generators is high and account for 44% of components without taking into account construction and design (21%). The remaining components for wind generators are planned to be produced at production sites in Volgodonsk.

The first contract for the production of blades for wind generators was signed this year between the administration of the Ulyanovsk region and Vestas (member of RAWI), which is a technological partner of the joint venture of the Russian corporation RUSNANO and the Russian division of the energy company Fortum (RAWI member). The contract provides for the deployment of blades at the site of the aircraft building company Aerocomposite. Towers for these wind generators are planned to be produced at the Krasny Kotelshchik enterprise, owned by Power Machines (member of RAWI) in Taganrog. The investor of the project for the reconstruction of the tower production site is RUSNANO Corporation. Joint venture of FORTUM and RUSNANO will become the largest contract for the construction of 1035 MW wind farms. This year the company plans to commission the first wind farm with a capacity of 35 MW in the Ulyanovsk region.

The third major participant in the Russian wind energy market, the Italian company Enel, intends to build 291 MW of wind parks in Russia, the largest of which is located in extreme latitudes on the Kola Peninsula, and the newly created SGRE Alliance (Siemens – Gamesa Renewables ) (Member of RAWI), which plans to “enter” the Russian market with a turbine developed by Gamesa. An association is currently not aware of the alliance’s plans for the timing of localization and components but market participants are well aware of the activity of Gamesa in the Russian market and its preparation for the localization of components in 2014, when the company presented a plan for localizing components in Russia . Hopefully, the knowledge of Gamesa and the deep presence of Siemens in the Russian power engineering industry will help SGRE create production components for wind generators in Russia in a short time.