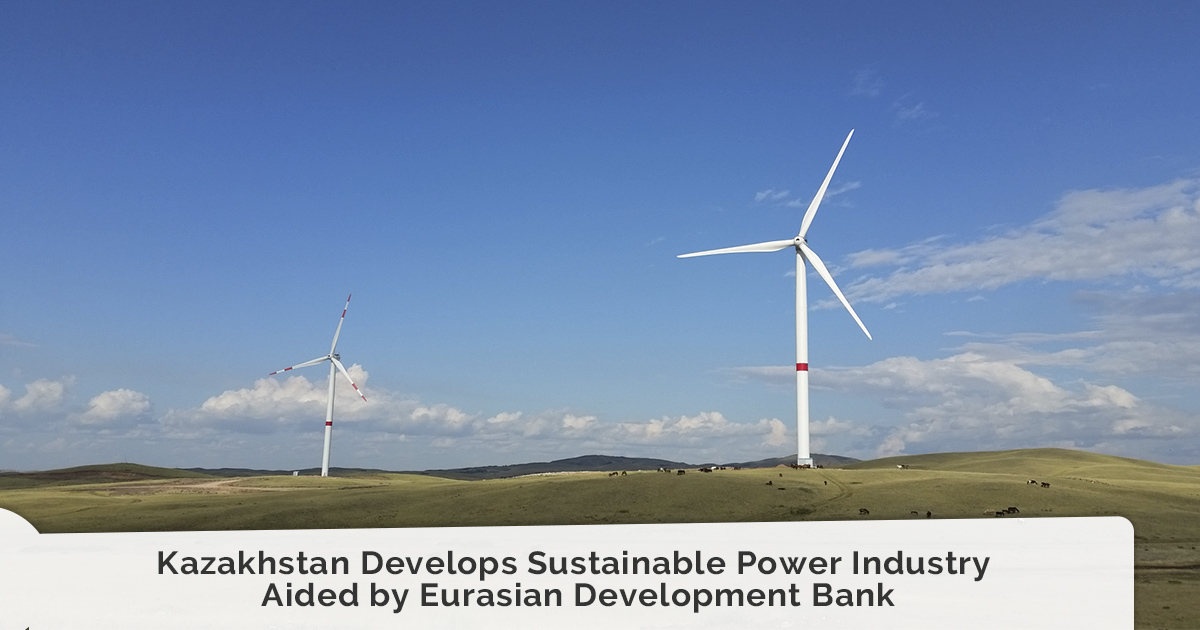 One of the supported initiatives is the Samruk-Energy JSC’s first bond programme for 100 billion tenge ($234.7 million). In November 2018, the EDB purchased KZT 21.73 billion ($65.09 million) of third issue bonds maturing in 2025. The funds were partially used to modernise Shardarinskaya GES JSC (hydro-power plant).

Another one is a 100 MW solar power plant in the Akmola Region, worth 80 million euro and with a loan amount of 65 million euro.

In addition, the EDB is involved in seven solar power plants with a combined capacity of 149 MW in the southern regions of Kazakhstan (Almaty Region, Turkistan Region, Symkent, Kyzylorda Region). The project cost is estimated at 118 million euro, and the loan amount is 95 million euro.