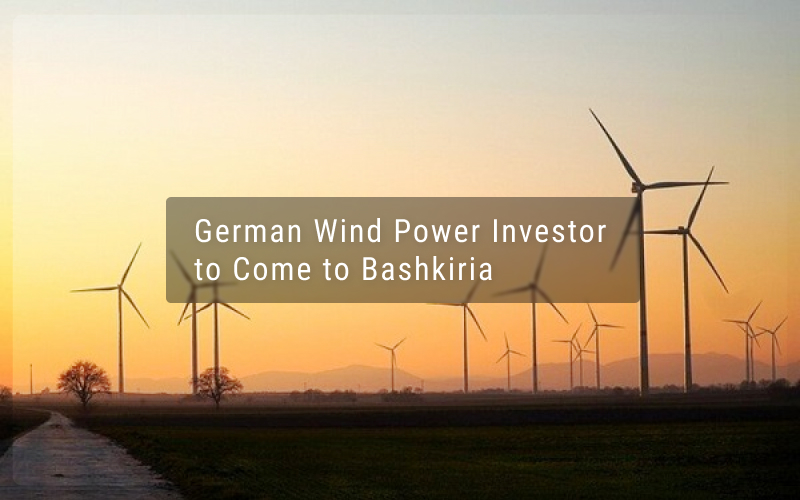 The department has already held the first negotiations with the investor and intends to support the project. The parties did not disclose the planned amount of investments and the project execution period.

Belebeevsky and Kuyurgazinsky districts as well as the cities of Neftekamsk and Sibay are considered as sites for wind power plants. In these areas, the wind speed reaches over 7.5 meters per second in open terrain.

The investor expressed interest in acquiring land for the wind power plants, the total area of which may be 400 hectares. BC Green also asked the authorities of the Republic for help in obtaining building permits and connecting to utility networks.

“For Bashkiria’s power industry, wind power facilities are of big value because of the experience gained in operating and maintaining renewable energy facilities. In recent years, wind power has been indeed demonstrating a stable strengthening of its position in the global energy balance, being one of the mainstream directions of renewable energy,” said Ravshan Shayakhov, chief specialist of the Development Corporation of Bashkortostan, to RBC Ufa.

BC Green has been developing wind energy projects since 2005. The company has supplied wind turbines to 29 countries and implemented wind power projects in Germany and the UK. Now, a number of projects are under development in Portugal, Russia and Albania.

The Republic of Bashkortostan is one of the few regions of Russia that has all types of renewables in place. The region has one of the largest in the old days, at the dawn of the wind power industry in Russia, wind farms in the European part of the country, the 1.65 MW Tyupkildy wind farm, and a total of 9 small and micro hydro power plants with a total capacity of over 700 kilowatts, as well as a number of solar power plants.