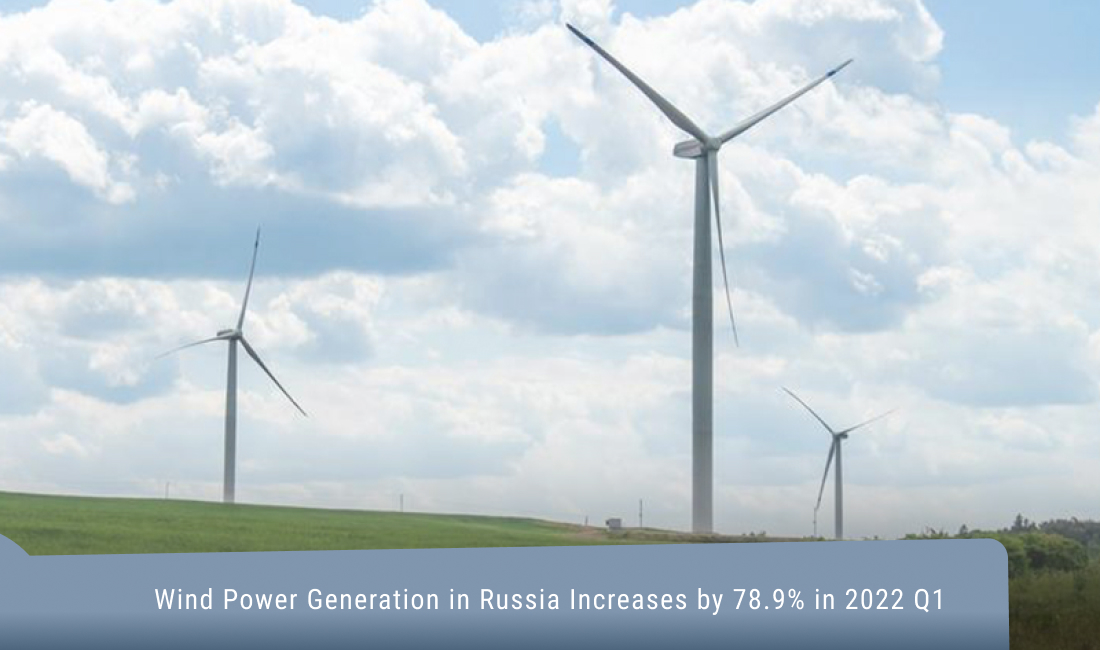 The System Operator of the Unified Energy System (SO UES) has published a monthly report on the actual performance record of the facilities operating thanks to the RES CDA programme in March 2022.

According to the SO UES report, the installed capacity of the wind farms certified and operating in the Russian wholesale electricity and power market is 1,937.7 MW. Of these, 85.4 MW are in the Middle Volga interconnected system, Ulyanovsk Oblast and 1,852.3 MW are in the South interconnected system, Astrakhan, Volgograd and Rostov Oblasts, Stavropol Krai, as well as the Republics of Kalmykia and Adygea.

It is noteworthy that in March, in the Astrakhan power utility system (part of the South interconnected system), the system operator dispatcher (grid manager) requested to limit the power output to the grid. The peak load management limitation was 26 MW then. This is the first time since the beginning of 2022 that power output was limited.

To learn more on the report, please visit the website of the System Operator of the Unified Energy System (in Russian).