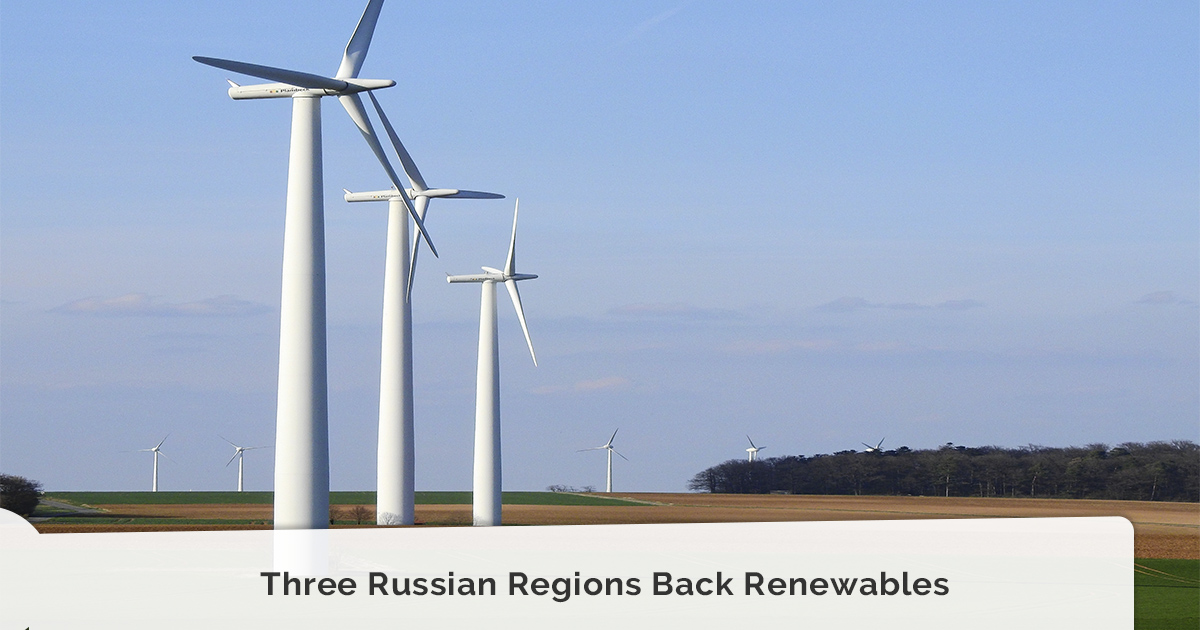 The governors of Kaliningrad and Ulyanovsk Oblasts, as well as the Republic of Buryatia believe that the reduction in the amount of the renewable energy support programme for 2025-2035 bears the risk of suspension of the local sustainable generation projects development. The Vedomosti (Russia’s leading independent business daily newspaper) reported this, citing letters from the regional heads addressed to the Russian Government.

Large-scale solar power plants and wind farms are currently being developed in all the three regions.

In particular, in January 2021, the Ulyanovsk Oblast approved a strategy for the development of renewables with an investment volume of about 7 billion roubles, according to which by 2025, the volume of the total installed capacity of sustainable energy projects should increase 3.5 times to 300 MW, providing up to 30% in the regional power mix.

The letter from the governor of the region notes that the region is also home to Vestas’ plant for the production of wind turbine blades, which supplies products, among other things, for export. Since the beginning of 2020, more than 500 million roubles worth of blades have been exported.

Two facilities manufacturing solar equipment are planned to be built in the Kaliningrad Oblast by the end of 2022. The investment in the project amounts to 19 billion roubles.

In the Republic of Buryatia, the capacity of solar projects reached about 115 MW in late 2020 with their construction making it possible to attract more than 10 billion roubles to the regional economy, and additional tax revenues averaged about 300 million roubles. The republican power system will also make it possible to build an additional 150 MW of sustainable capacities.

The General Director of Vestas Rus (a subsidiary of Vestas) Kimal Yusupov said that under the Russia’s first renewable energy support programme, the production of critical components of a wind turbine – nacelle, blades and tower – was successfully localised.

“Some 600 MW of wind turbines produced and installed by Vestas in Russia so far have already provided jobs for more than 3,000 people in the country&#39;s industry alone. However, with the reduction of the renewable energy support programme until 2035, it is unlikely that the company will be able to reserve all the jobs (600 as of today) in the Russian facility,” he added.

Hevel Group (Russia&#39;s largest photovoltaics equipment producer and operator) noted that increasing the production of competitive products is the only way to achieve grid parity in the country.

Russia is currently implementing a programme to stimulate the construction of renewable energy facilities, including small-scale hydropower plants, which ends in 2024. The support is provided through the mechanism of entering into capacity delivery contracts with investors, guaranteeing them a base rate of return of 12% per year through increased payments by wholesale energy market consumers.

The Russian government is now considering to prolongate the renewable energy support programme until 2035. In 2020, they were talking about 437 billion roubles. However, the head of the Ministry of Economic Development Maxim Reshetnikov insisted on more than halving the previously discussed amount, down to 200 billion roubles.

All the agencies had to coordinate their positions on the volumes of the RES 2.0 programme and submit the final version to Deputy Prime Minister Alexander Novak by the beginning of February. However, the final calculations are still being agreed upon with no decision has been made.