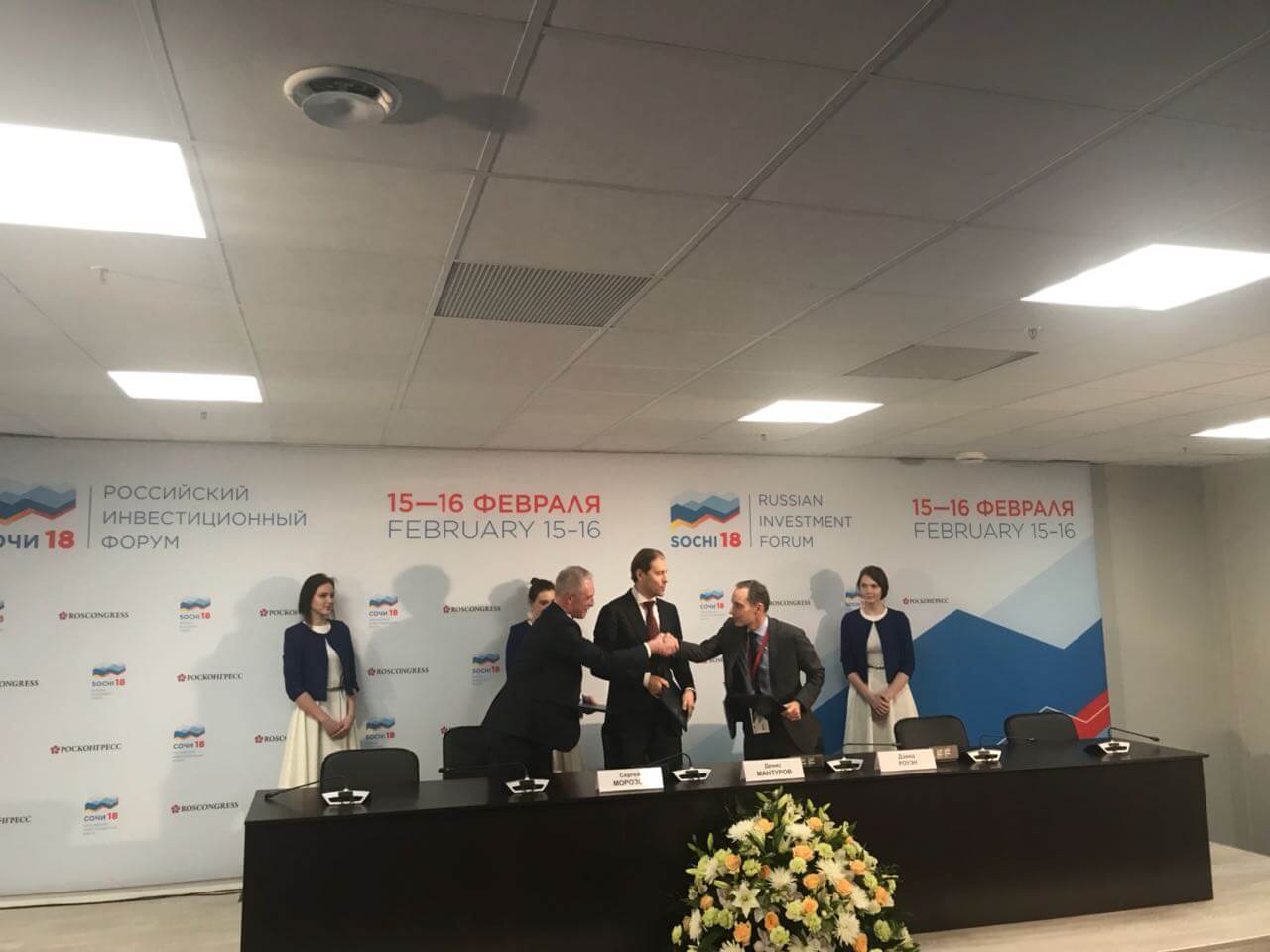 In the Ulyanovsk region will be implemented the first in Russia special investment contract in the field of renewable energy.

On February 15, within the framework of the Sochi-2018 Russian Investment Forum, the Ministry of Industry and Trade of the Russian Federation, the Government of the Ulyanovsk region and the Danish company Vestas (member of RAWI), represented by Vestas Manufakchuring Rus LLC, signed a special investment contract (SPIC).

The SPIC expects to implement in the territory of the Ulyanovsk region an investment project “Creation and mastery of the production of blades of the rotor system of wind power plants that have no analogues in Russia”. The project will be implemented on the basis of a joint company (LLC Vestas Manufaking Rus), which will be Vestas, RUSNANO and Ulyanovsk nanocenter ULNANOTECH (member of RAWI). For the investment project, ULNANOTECH is a regional partner of the RUSNANO nanoscale network. RUSNANO for its part will provide project support at the federal level, having a deep expertise in the field of renewable energy in Russia.

Quotation of the Minister of the Russian Federation Manturov D.V.:

The localization of the production of blades has a multiplicative effect, since it requires the development of a market for raw materials, machinery for making tooling, normative and scientific bases, and the sphere of education. The SPIC is scheduled to be concluded for a period of 8 years.

“Thanks to the project, another high-tech production will appear in the region. This time it is the leader in the production of components for alternative energy. The project will create more than 200 highly-qualified jobs, a competence center for wind energy, and will also fully develop the direction of students’ training in the wind energy profile at the Ulyanovsk State Technical University. Unique competencies will appear in the country. The project will provide wind farms, created in Russia, with domestic components. As part of the project, tax deductions will amount to more than one billion rubles, “- said Governor Sergei Morozov.

Recall that the agreement on investing in the construction of a plant for the production of blades for wind turbines was signed in September 2017.

The volume of investments in new production from the participants of Vestas Manufakchuring Rus LLC (Vestas, RUSNANO and ULNANOTECH) will be more than 1 billion rubles and will create more than 200 new high-tech jobs for the region’s residents. Vestas plans to launch a production site with high-tech equipment in the territory of the Ulyanovsk region as early as 2018.

“The signing of this contract confirms the seriousness of Vestas’ intentions to take an active part in the development of the Russian wind energy market and to implement the project on the territory of the Ulyanovsk region. Our big goal is to create a strong production site and a chain of suppliers in Ulyanovsk together with our business partners, “said Niels de Baar, President of Vestas in Northern and Central Europe.

According to the Ulyanovsk Region Development Corporation, the format of the SPIC will allow the investor to receive a number of preferences: exemption from payment of profit, property and transport tax for eight years of project implementation. In subsequent years, the investor will be able to receive a number of benefits in the framework of regional legislation. On the other hand, Vestas undertakes to localize the production of blades for wind power plants in the Ulyanovsk region.

Recall that Vestas was chosen as a global technology partner of the joint wind energy development fund of the Finnish company Fortum (member of RAWI) and RUSNANO and will supply blades for the wind farms being built by them. In June of this year, following the results of the selection of RES projects, the fund was granted the right to construct up to 1 GW of wind generating capacity in 2018-2022. in the territory of the Russian Federation.

Vestas (Denmark) is a global partner in the field of sustainable solutions in the energy industry. Vestas designs, manufactures, installs and maintains wind turbines around the world. The total capacity of the company’s turbines located in 77 countries of the world is 90 GW, that is, it has installed wind turbines more than anyone else in the world. The company employs more than 23 300 people, together with its partners it provides the world with clean energy.

Nanotechnology Center ULNANOTECH, was formed according to the program of creating nanotechnology centers of JSC “RUSNANO” in 2011, as a platform for the creation and development of technological start-ups. Directions of nanocenter projects: alternative energy, biotechnology and molecular genetics, personal microelectronics, new construction technologies, composite materials, thin-film coatings. In 2015, the status of the technopark of high technologies was received, it is one of the ten leaders of the National rating of technoparks in Russia. The general director of the company Andrey Redkin is on the Board of the Russian Association of the Wind Industry.