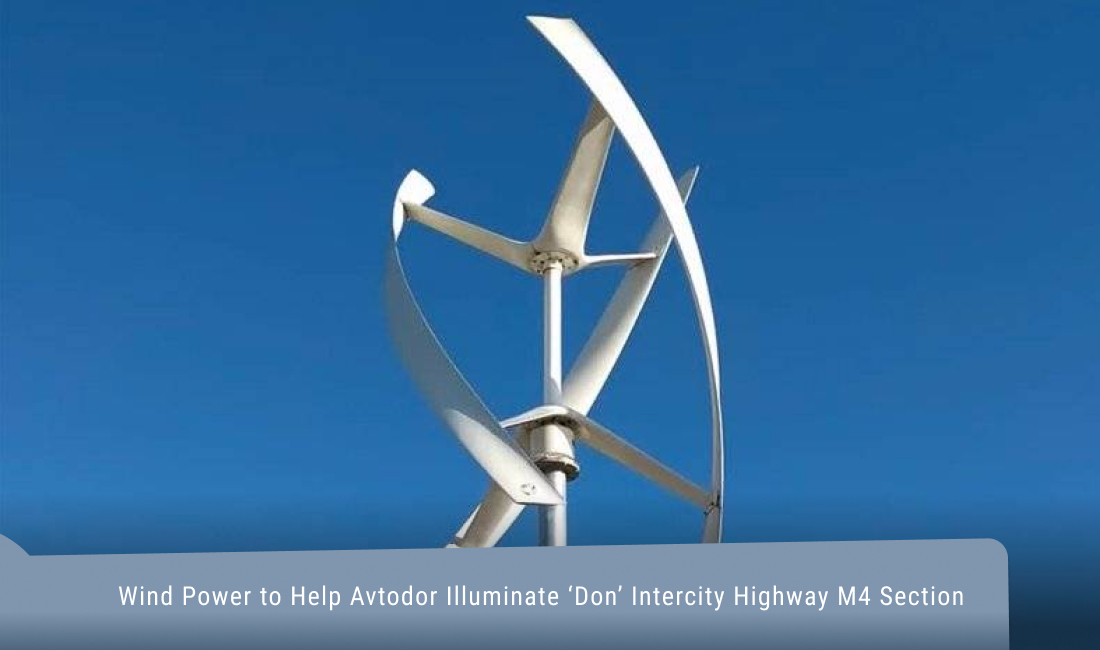 “A section of the Don highway in the Kuban will be illuminated using wind power,” reports kubnews.ru, citing the press service of Avtodor.

A vertical wind turbine for this project was installed at the 1300th kilometre of the federal highway in the Dinskiy District, near the village of Plastunovskaya. The electricity generated by the wind turbine will be used to illuminate a section of the M-4 ‘Don’ highway.

The trial operation of a 3kW helicoidal vertical wind turbine to power a section of the power line is one example of the State Company Avtodor’s introduction of innovative technology.

This section of the ‘Don’ highway is not the first example of using wind power for road safety in Russia. According to the press centre of the “Safe Quality Roads” Russia’s national project, at the end of last year 12 lights powered by wind and solar energy were installed in the Samara Oblast on the Togliatti – Tashelka road section at traffic stops and pedestrian crossings. The length of the said section was 1.3 km. Previously, collisions with pedestrians and animals were regularly reported here.

According to Alexander Nikolayev, head of road maintenance and repair at the Samara Oblast Ministry of Transport, who commented on the initiative, at pedestrian crossings where there are no nearby power lines but lighting is needed, it was decided to use combined installations with wind turbines, solar panels and batteries, which proved more efficient than installations running on solar generation alone. In winter, there was insufficient sunshine and the panels often had to be cleared of snow.