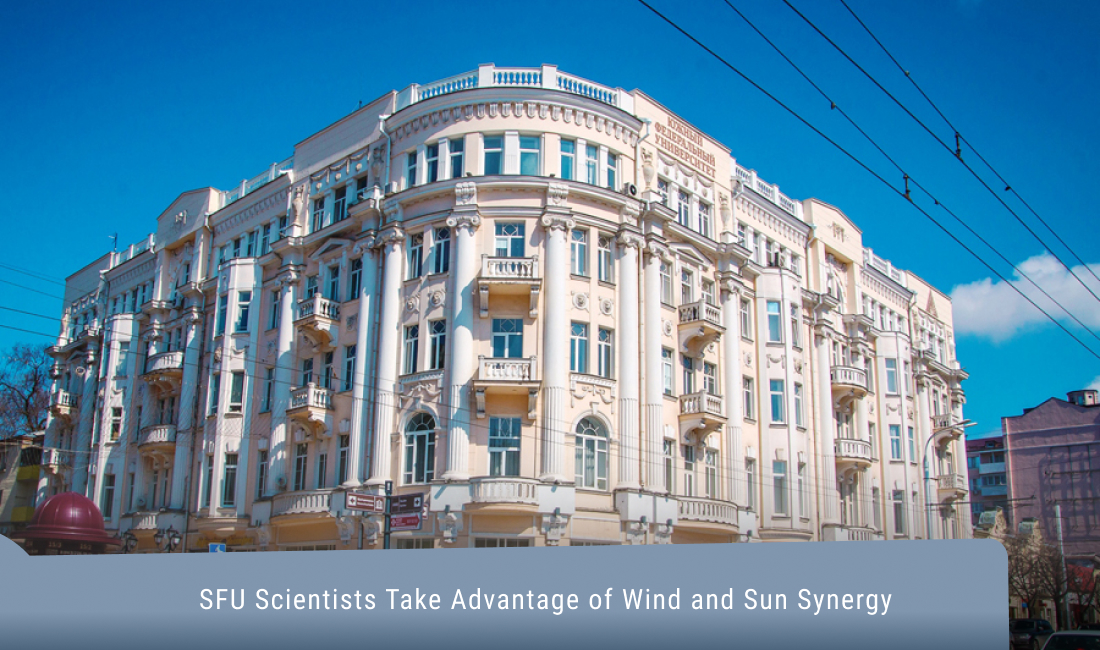 Among the scientific and technological developments of innovative products that surpass foreign analogues in terms of performance properties, the Southern Federal University presented a solar-wind plant with a rotor-type wind turbine, which can minimize the application of a diesel generator. Versatility and maximum efficiency of the project was achieved due to the possibility of simultaneous operation of two components: a solar tracking system and wind turbine.

Alexander Voloshin, head of the cybernetics laboratory, assistant of the Computer Engineering Department of the Institute of Computer Technologies and Information Security of the South Federal University, explained that “since the use of energy from the solar battery helps accelerate the Savonius type wind turbine rotor at low starting speeds, and the wind plant generates energy at night, it becomes possible to use any time of day and weather conditions to realise the system operation. The system is aimed at the combined use of energy sources, with tracking and adaptive control.”

The scientists created this development thanks to winning a competition within the framework of the project “Promising rotor-type wind turbines with a capacity range from 0.1 kW to 150 kW,” supported by the Fund for Innovation Assistance under the “UMNIK” programme. Thanks to the contest support, the necessary components for prototype preparation were purchased and scientific research was carried out.

Now the scientists continue testing, as well as the hardware and software refinement of the prototype. The software for controlling the combined solar-wind system has already been patented.

In the future, the unit can be used to provide power to remote and isolated areas, in the agricultural sector, as additional equipment for uninterrupted power supply of communication stations and even in the detached house suburbs. The advantages of the project, undoubtedly, are the possibility of production in the domestic market and more efficient, compared to known analogues, operational characteristics.