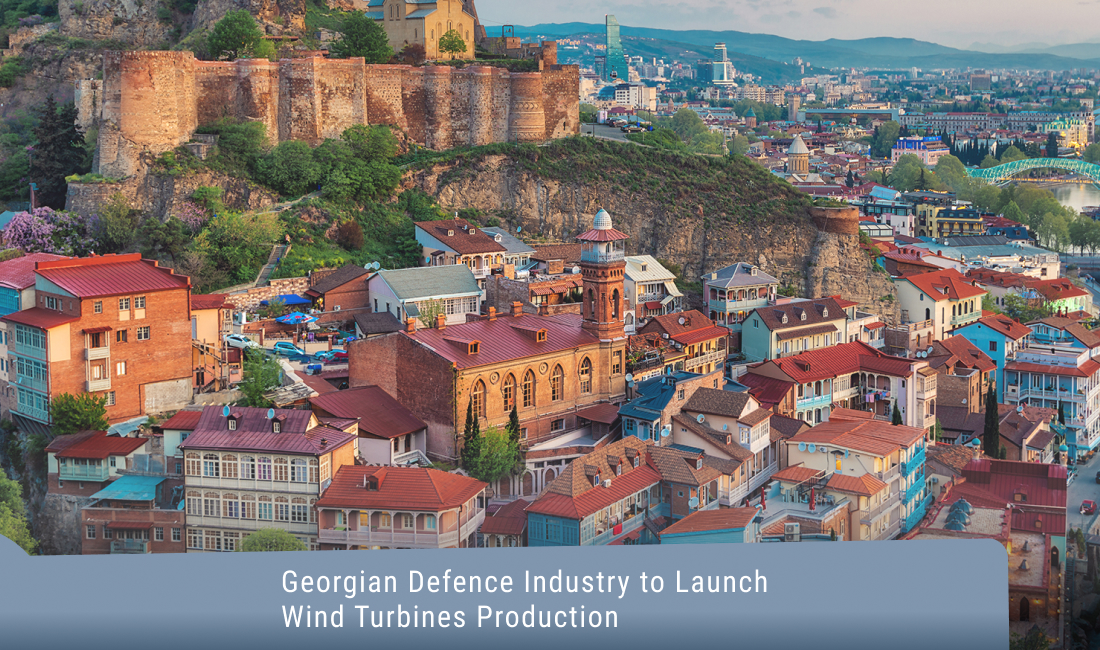 Georgia plans to launch production of wind turbines, Sputnik Georgia reports. According to the news outlet, the relevant memorandum was signed by the Ministry of Economy of Georgia and the State Military Scientific-Technical Centre “Delta.”

The document envisages the start of negotiations with producers of wind turbines and potential buyers. The Ministry of Economy and the Delta Centre together with the Georgian Wind Energy Association will try to attract investors who will be interested in financing and developing such a project. The production is planned to be located on the territory of STC Delta. They intend to produce both turbines and their components.

The institution, on the basis of which the State Military Scientific-Technical Centre Delta opened in 2010, was founded in the 1960s when Georgia was part of the USSR. Today Delta is under the control of the Georgian Ministry of Defence and consists of six research institutes and the Tbilisi Aircraft Manufacturing. It produces up to 15 types of Georgian weapons and military equipment, including the Georgian Lazika infantry fighting vehicles, Didgori armoured personnel carriers, a multiple-launch rocket system and an unmanned aerial vehicle.

As a reminder, earlier RAWI also came up with an initiative to launch its own production of wind turbines in Russia. Speaking at the meeting of the Section for Legislative Regulation of Distributed Energy and Renewable Energy Sources of the Expert Council of the State Duma Committee on Energy, RAWI Board Chairman Igor Bryzgunov stressed: “In the current political and economic situation, in order to preserve the wind energy industry itself, the most urgent task is to create multi-megawatt-class wind turbine manufacturing facilities in Russia. We do not have time to recreate the wheel and test such products, it is urgent to move to practical actions on cooperation with companies of friendly states or other legal ways of obtaining technical documentation in order to master the production of such products in no more than 1.5-2 years “in the flesh.”