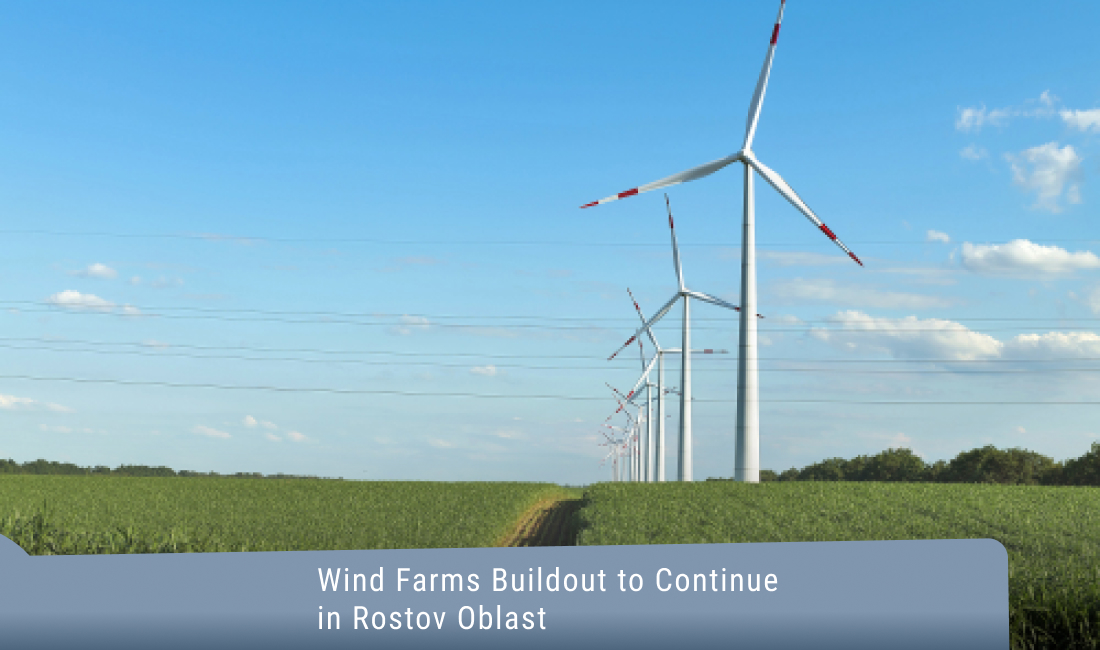 This information is fully in line with the state corporation’s plans announced at the end of last year for the first competitive wind capacity outtake under the RES CDA 2.0 programme, which were published on the Market Administrator website.

Commenting on the construction of new wind farms in the Rostov Oblast, the region’s Deputy Governor Igor Sorokin explained: “Investors are currently working upon sites. Last year, the volume of disbursed investment in wind farm construction projects in the region amounted to more than RUB 23 billion from investment companies’ funds. Three wind farms were commissioned in the Azovsky, Zimovnikovsky and Kamensky districts, with a total capacity of 260 MW. Thus, overall wind capacity in the region amounted to 610 MW.”

As a reminder, in 2021, the auction for the construction of wind generation facilities during the competitive capacity outtake under the RES CDA 2.0 programme was won by the ‘Vetroparki FRV’ investment fund (established on a parity basis by Fortum PJSC together with RUSNANO Group) and JSC VetroSGC-2 (JSC NovaWind, Rosatom Group). The former have scheduled start dates for capacity delivery for December 1, 2025, 2026 and 2027, and the latter – for July 1 of the respective years. A total of 5.5 GW of new wind power plants are planned to be built in Russia by 2027 under the state support programme.