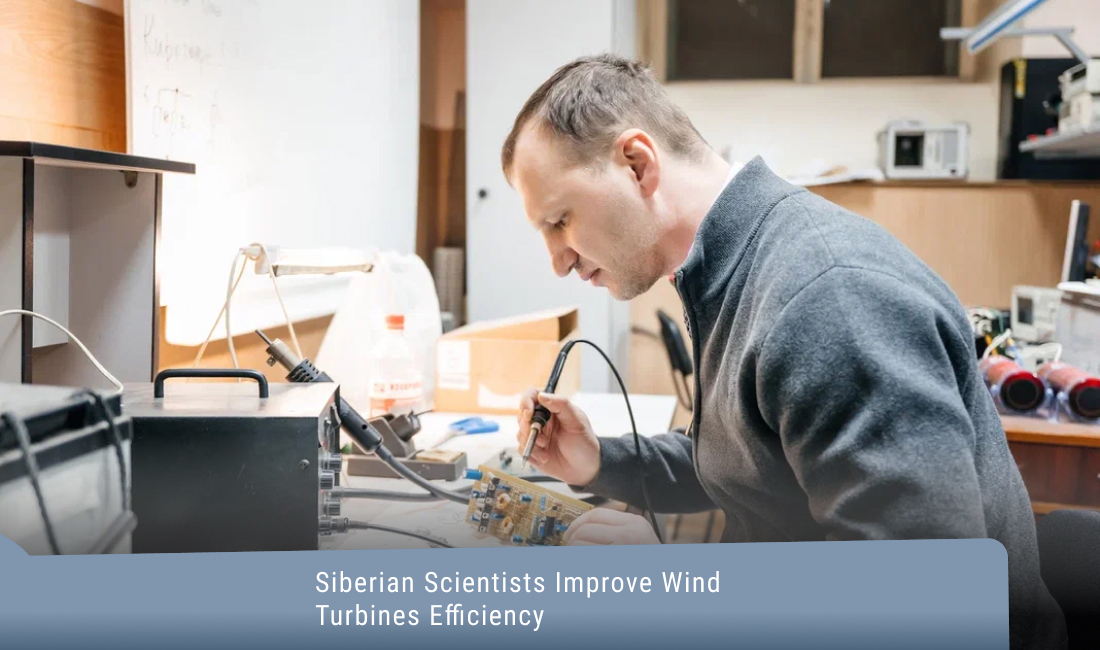 The Russian Ministry of Science and Higher Education shared information in mid-February this year that scientists at National Research Tomsk Polytechnic University (TPU) are developing and implementing autonomous power supply systems with a DC link, based on the most efficient use of solar energy or wind power. For such technologies, the university is developing standard capacity controllers and inverters, which will make it possible to successfully use renewable energy sources for power supply.

RAWI asked Tomsk scientists to tell us more about their work. Here is what we found out.

Power supply using local renewable energy sources has been developed by scientists of the Department of Electric Power Engineering and Electrical Engineering at the TPU for more than 30 years. They are working on creating a reliable and cost-effective power supply to electricity consumers living in remote communities.

Compared to peers, TPU developments have a number of advantages, including flexibility in the structure of a hybrid power plant (wind, solar, hydropower, combined heat and power plants, and batteries in various combinations and power ratios), a high share of renewable energy sources in hybrid power supply systems (with the standard maximum 30-40% for an AC-based system, polytechnics use 100%). In addition, the modular system developed by TPU scientists makes it possible to reduce the qualification requirements for plant operating and maintenance personnel, as well as to flexibly select the installed capacity of equipment to the required consumer capacity and climatic conditions. The polytechnics’ systems are highly stable due to the coupling of sources of different physical nature on direct current, which gives high stability of current and voltage output parameters.

“In TPU’s laboratories, we have developed hybrid electrical energy storage systems with intelligent control. They make it possible to store electrical energy from wind gusts rather than dumping it into ballast or reducing the efficiency of wind turbines. This further increases the overall efficiency of the hybrid power plant,” explained Mikhail Surkov, associate professor at TPU’s Department of Electric Power Engineering and Electrical Engineering.

The TPU scientists’ developments are intended for use by remote consumers, for example. These may be residents of rural settlements where there is no connection to the unified power grid or where power lines are reaching the end of their service life. The developments are also interesting for use in the Extreme North.

“The systems we are designing can also be used for the redundancy needs of the operating current systems at the substations of the federal grid company of the unified power grid, as well as for reducing the fuel consumption of operating diesel power plants of remote consumers,” added Mikhail Surkov.

Cooperation between TPU scientists and industry in the field of power system design began simultaneously with the emergence of the university’s direction. In the 80-90s, microhydropower plants with valve control and autobalancing voltage and frequency regulators were developed and put into production in Kyrgyzstan and the Czech Republic. In the late 90’s and in the 2000’s, together with the International Finance Corporation and World Bank, projects were developed to organise power supply from geothermal power plants in the Tomsk Oblast: pre-investment studies were carried out and basic technological equipment was selected.

Studies have been conducted on the introduction of heat and power plants based on biofuel (waste from livestock and timber processing plants). Projects to supply power to remote settlements in Tomsk Region from hybrid wind-solar power plants were developed and passed state expert review. TPU scientists, in cooperation with a local grid company Sakhaenergo, have also developed and implemented solutions for sectionalisation of diesel power plants and hybrid solar-diesel power plants in the Republic of Sakha (Yakutia). Together with VDM-Tekhnika LLC, polytechnicians completed the design stages of inverter diesel power plants.

“These kinds of projects are funded through business contracts, grants, and other forms. We are always open to discussion,” said TPU scientists.