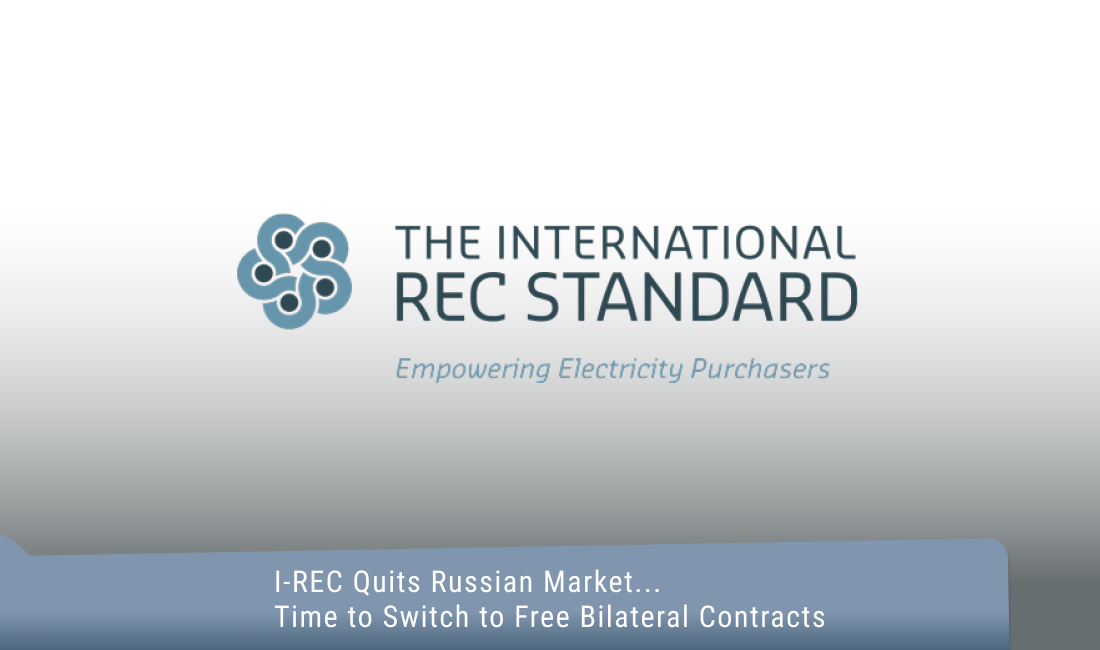 The international platform of the I-REC green certificate issuing system has ceased their operations in Russia due to UK-casted sanctions.

What does this mean? On the one hand, Russian businesses have lost the opportunity to reduce the carbon footprint of their products by purchasing sustainable energy under green certificates. On the other hand, there is nothing to stop domestic businesses from continuing to reduce the same carbon footprint by buying green energy directly from producers under free bilateral contracts (FBCs).

In addition, the closure of the I-REC platform in Russia is likely to provide an additional incentive to develop Russia’s own national system for the circulation of green contractual instruments in the power market.

Each I-REC certificate is issued to certify the production of electricity from renewable sources by a specific power producer. In Russia, I-REC certificates were accredited in 2020 by Goal 7, an association dedicated to analysing renewable energy and promoting the development of voluntary green power demand under the UN’s Sustainable Development Goal 7 initiative.

At the moment, the Goal Number Seven Association’s licence has been suspended. Now Russian green power producers cannot issue certificates through the I-REC platform, despite the fact that registration on the platform for five years cost each of them 75 thousand roubles. Certificates were issued at a price of RUB 2 per MWh.

Buyers of I-REC green certificates paid not only for the certificates, but also for creating accounts in the system. Whether I-REC will refund users for refusing to provide the service remains to be seen.

According to information published by the Russian business news outlet Kommersant, Russian renewables-based power producers have issued certificates for 3.7 billion kWh in a year of operation. 73% of them have already been redeemed. Most of the unused certificates cannot yet be redeemed, as the service is only available to customers whose accounts in the system are held by foreign legal entities.

Today, more than 40 countries use the I-REC system. A total of 86 power plants in Russia have been registered in the I-REC register. Sberbank, Transcontainer, PhosAgro, IKEA, Polyus and others have become buyers of the certificates.

As a reminder, the Sviritsa wind farm investment project is being implemented in the Leningrad Oblast. By the end of 2023, the wind farm plans to start supplying green energy to customers under FBCs – free bilateral contracts. In the near future, the project investors plan to implement similar projects in the Russia’s North Western Federal District with a total capacity of more than 900 MW.