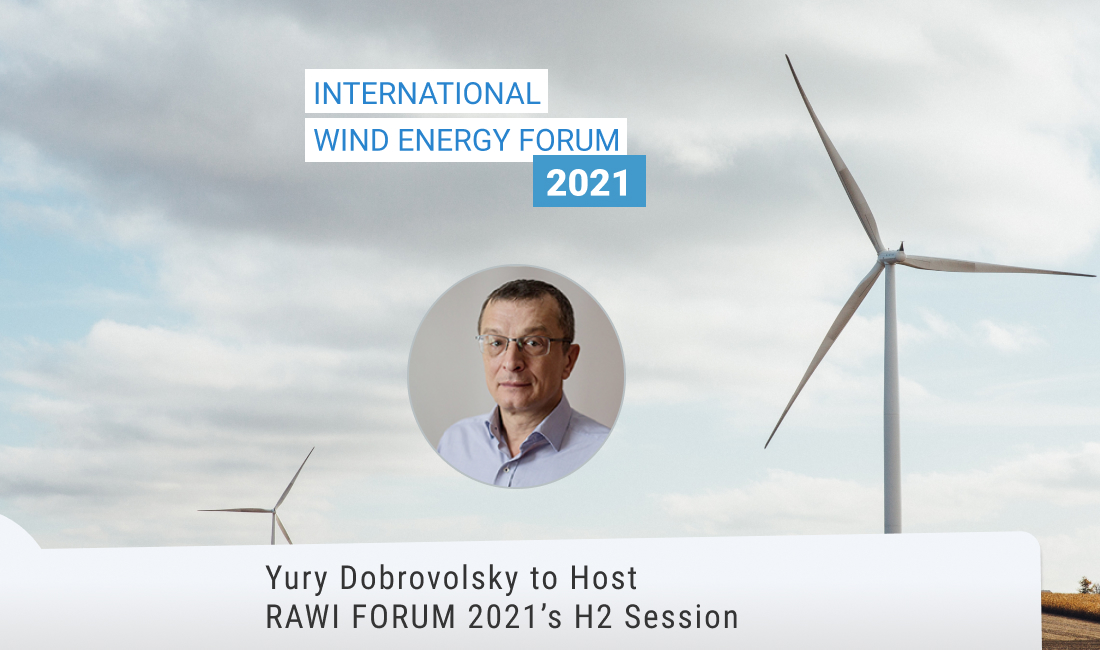 Since everyone is used to naturally colourless hydrogen now being labelled in different colours, we just have to clarify that wind energy produces the most valuable hydrogen in the whole ‘colour palette’ – green hydrogen. It is produced by electrolysis from sustainable, renewable energy sources and water.

RAWI FORUM 2021 devoted a separate session entitled ‘New frontiers in the wind energy market (hydrogen)’ to the prospects of the development of green hydrogen in Russia. The session will be moderated by Yury Dobrovolsky, ScD in chemistry, head of the Central Scientific Research Center STI ‘New Mobile Energy Sources’ at the RAS (Russian Academy of Sciences) Institute of the Problems of Chemical Physics.

The Centre, headed by Yury Dobrovolsky, managed to create a consortium of scientific, educational and technological companies that are engaged in the development, scientific and technological support of implementation and production of the most popular electrochemical energy sources today. Back in 2017, when the Centre was just being established, its specialists predicted that by 2020, hydrogen will be the most pressing topic in the energy and transport sectors.

Japan, France, South Korea, Australia, the Netherlands, Norway and Germany already have national hydrogen strategies that provide for state funding for the development of such technologies. In Russia, the hydrogen strategy is only being formed, but according to Deputy Energy Minister Pavel Sorokin, the country plans to intensively increase hydrogen exports and cover a quarter of the global hydrogen trade market by 2030. It is planned to export 1 million tons of hydrogen in 2024. In 10 years this volume is planned to be at least doubled, and by 2050 – 30 (!) times.

Where will wind power with its green hydrogen fit into these ambitious plans? The RAWI FORUM 2021 H2 session is going try to answer this question. The discussion will focus on who can become the main players in the market for the production and consumption of green hydrogen, as well as on the conditions that should be created in the country for the development of hydrogen energy, including the development of the necessary industrial equipment.

Yury Dobrovolsky is a scientist whose name is firmly associated with the development of domestic hydrogen technology thanks to numerous interviews in the media and informative videos on the internet. D. in Chemistry, professor, graduated from Lomonosov Moscow State University of Fine Chemical Technology (MITHT) with a degree in chemistry and technology of rare and scattered elements and electronic materials. Competent expert in electrochemical energy, nanotechnology materials, new energy sources such as fuel cells, batteries, supercapacitors.