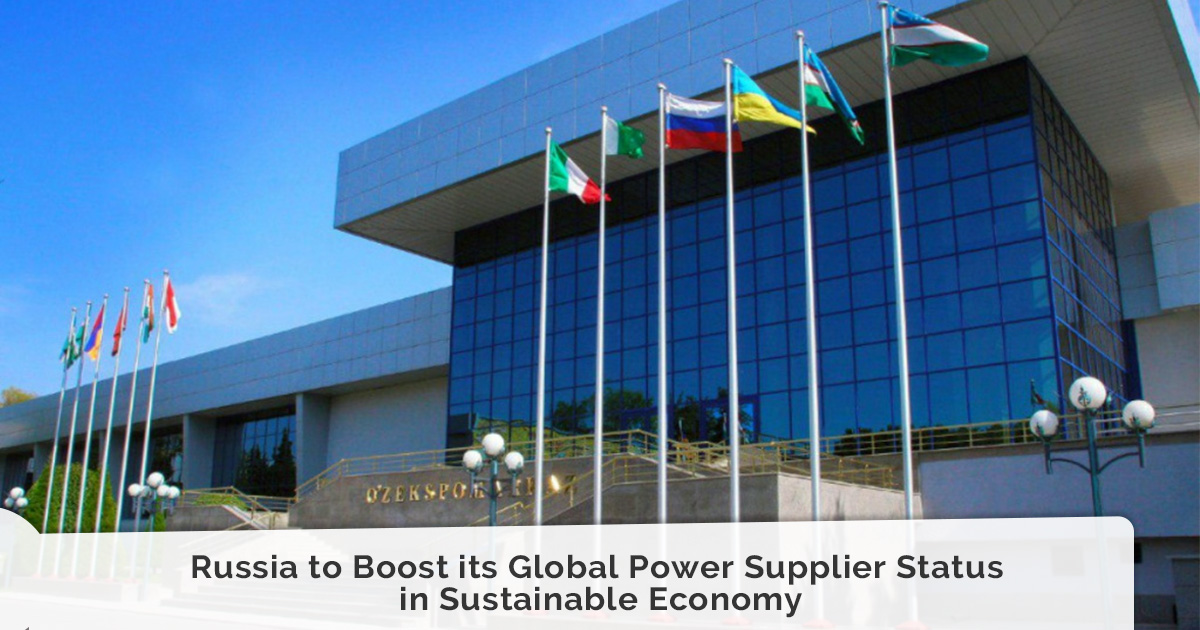 “Russia expects to strengthen its status as a global supplier of energy resources in the sustainable economy, in particular, with the development of hydrogen technologies,” said Russian Minister of Industry and Trade Denis Manturov, as reported by RIA Novosti, Russian state-owned domestic news agency.

On 5 April, the Innoprom international industrial exhibition opened in Tashkent, Uzbekistan, which for the first time is being held outside of Russia. Innoprom has been held annually in Ekaterinburg, Russia since 2010, and has now become the main industrial, trade and export venue in Russia. According to the organisers, in addition to 300 Russian companies, the three- day forum will feature companies representing countries of Europe and Asia.

At the opening of the exhibition, the Russian minister said: “Today, the Russian party is holding hydrogen technology and energy storage talks with world leaders. Russian companies have a great deal of experience in the production of solar panels, wind power generation, and liquefied natural gas. In general, we expect to strengthen our status as a global energy supplier on today’s environmental agenda.

The global trend to reduce the carbon footprint should certainly be joined not only by transport and companies representing the fuel and energy sector, but also, first and foremost, by industry,” the official noted. According to him, in this regard, Russia is pushing for transition of almost 7,000 industrial facilities to the best available technology principles.

“This in turn creates demand for environmentally friendly equipment and emission treatment systems. In fact, our industry is set to undergo another phase of major technical re-equipment,” the minister concluded.