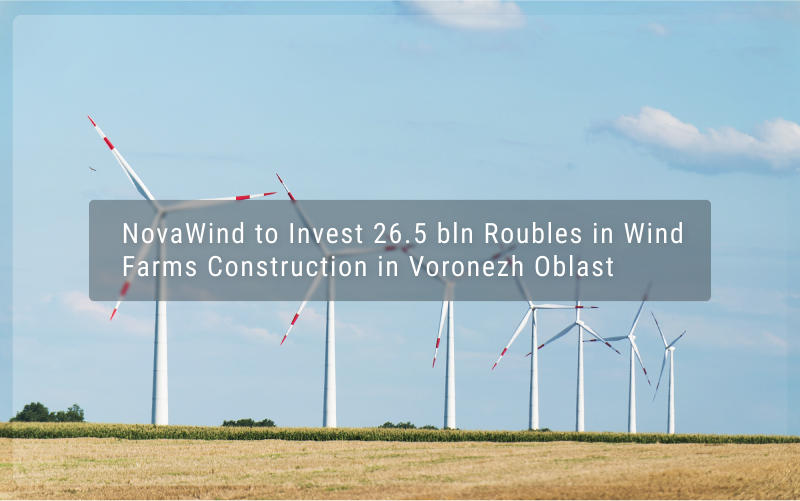 Alexander Gusev, Governor of the Voronezh Oblast, and Alexander Korchagin, Director General of the Rosatom’s subsidiary NovaWind, held negotiation by video conference. They talked over the building a wind power plant in the region.

NovaWind identified the Bobrovsky district as one of the promising sites for wind farms, 140 hectares, of which 80 hectares are allocated for wind turbines. The project may be given its name Berezovskaya derived from the district name.

Alexander Korchagin said that the planned total capacity of the wind farm will be 220 MW. The expected power generation is planned at 568.5 million kWh per year. Investment in the project is estimated at about RUB 26.5 billion. The project could create up to 40 new jobs.

The NovaWind head pointed out that the turbines produced by Rosatom, with all the critical components being domestically produced, comply with European and world standards in terms of noise levels and environmental impact.

A similar project was implemented by the company in the Republic of Adygea, while the wind build-out is also underway in the Stavropol Krai.

Alexander Gusev noted that the NovaWind’s project got on the region’s radar with the regional government being ready to provide the investor with a full package of public support. The head of the region set mission to develop a roadmap defining collaboration conditions in the initial stages of the project.

In particular, one of the first stages should be conducting wind research at the site where the wind farm is planned to be built. The expected average annual wind speed there is 6.75 m/s.