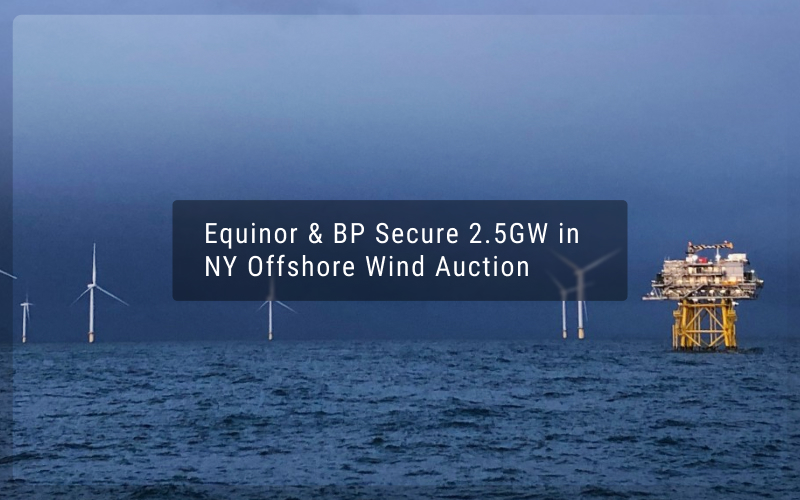 The Empire Wind 1 project, offshore New York, will generate 1.26 GW, and the second proeject, Beacon Wind, will be located off the coast of Massachusetts and add an additional 1.23 GW of power. The new wind farms are scheduled to begin commercial operation in 2028.

According to Equinor, the agreement is the largest offshore wind deal in the US. The two wind farms will transmit power to New York State, and the fully operational Empire Wind and Beacon Wind will power more than 1 million homes with emission-free energy.

As part of the deal, Equinor is selling to BP a 50% stake in leased wind power assets Empire Wind and Beacon Wind on the East Coast. The Norwegian energy major leased them in 2019 and 2017, respectively. At the same time, Equinor will remain the operator of these projects. The deal is worth $ 1.1 billion.

The strategic partnership between BP and Equinor also includes further development of the wind energy in the US. In particular, the companies have agreed to redevelop the South Brooklyn Marine Terminal (SBMT) and modernise the Port of Albany turning them into large-scale offshore wind working industrial facilities.