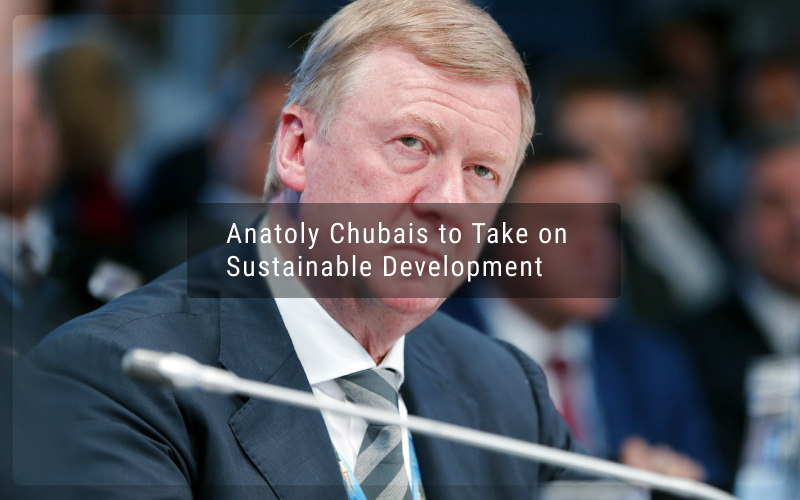 Anatoly Chubais will work with organisations acting under UN conventions. After his appointment, he wrote on his Facebook page that he considers the cause entrusted to him both significant for the country and interesting.

Former Rusnano chief said, “In my life, more than once I had to do what was important for the country, and was not so pleasant for me though. This time, it looks like the upcoming case is really significant for the country and interesting to me personally.”

Being interviewed by the Russian TV anchor Sergey Brilev during an episode of the Vesti v subbotu newscast, Anatoly Chubais said that mankind defined the sustainable development goals at the end of the 20th century, when it became clear the pure economics shouldn’t be the extent of human responsibilities, but then again pollution-free atmosphere, quality of urban life, climate, education, and social environment are all of great importance. These principles lie in the foundation of the UN-declared goals of sustainable development approved by Russia.

“We need to think about how to integrate all these into the country’s strategic goals. I am convinced that there is something that can and should be done in Russia. And there is something that requires the protection of Russia’s interests at the international organisations level. The task is to determine the next step towards a productive human life beyond income and expense matters. ”

He called this task human and a right one, noted that he was happy to take on a new business.

On December 3, 2020, according to the Russian Government’s directive, former military-industrial commission deputy chairman Sergei Kulikov was elected chairman of the board of the Rusnano.


10 thoughts on “Anatoly Chubais to Take on Sustainable Development”