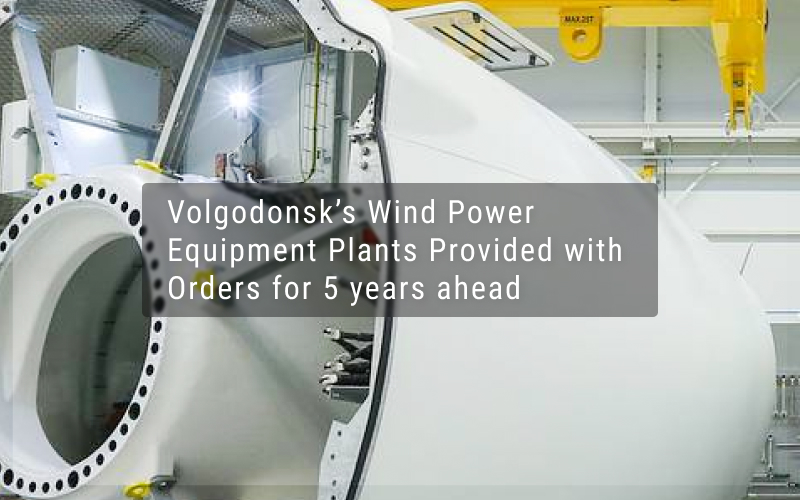 The project is being implemented within the framework of a special investment contract (SPIC) signed in February 2019 between the Ministry of Industry and Trade of the Russian Federation, NovaWind JSC and Red Wind B.V., a joint Russian-Dutch venture, engaged in the establishment of “Assembly factory of wind turbine components within the framework of the “Construction of 610 MW wind park and wind turbine manufacturing plant project”.

An industrial cluster for the production of wind power equipment was formed in Volgodonsk. The production of nacelles and generators is established at the NovaWind’s enterprise, and the project partner, VetroStroyDetal, produces modular steel towers for wind turbines. Both plants have reached their design output.

The Governor of the Rostov Oblast Vasily Golubev, who recently visited the components and units manufacturing plant in Volgodonsk, noted that the enterprises are provided with orders for at least five years ahead. Besides, several more territories of the region are under consideration for construction of wind farms.

This year, another Volgodonsk-based plant producing wind turbine nacelles and generators – a subsidiary of the NovaWind – has reached its design capacity of 96 sets of equipment a year.