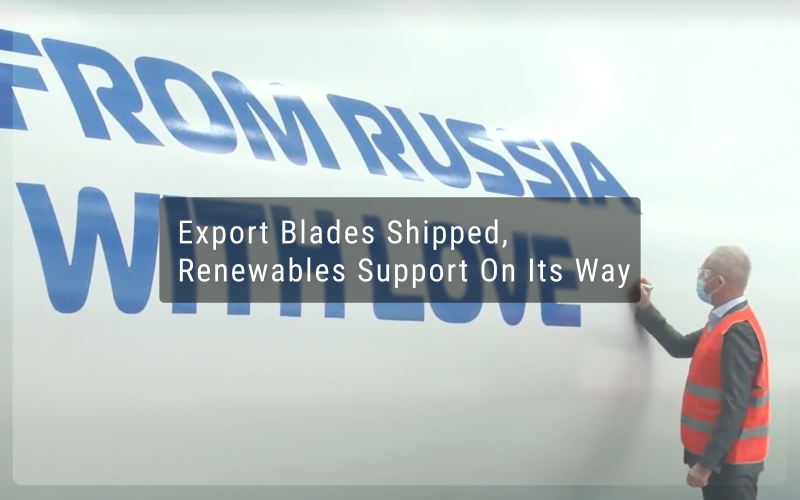 On April 14, the first batch of 48 wind turbine blades for export to Denmark was solemnly shipped from the Ulyanovsk-based Vestas Manufacturing Rus’ plant, established by joint efforts of the RUSNANO and the ULNANOTECH nanotechnological centre. Keeping in mind the COVID-19 pandemic, the event was held in an interactive mode.

The event was attended by Deputy Prime Minister of the Russian Federation Yuri Borisov from the House of the Government, the Governor of the Ulyanovsk Oblast Sergey Morozov directly from the site of the blade production plant, Anatoly Chubais from the Press Center of RUSNANO Management Company in Moscow, and Carsten Søndergaard, Ambassador of the Kingdom of Denmark to Russia, from the Embassy of Denmark in Moscow. The event was moderated by Kimal Yusupov, CEO of Vestas Manufacturing Rus (RAWI’s Member).

During the ceremony, the Deputy Prime Minister of the Russian Federation Yuri Borisov spoke at this landmark event for the Russian wind power industry. His speech provides answers to questions about the prospects for the renewable energy industry after 2024, in particular, he noted that:

“This event is important not only for the renewable energy sector, but also for our country’s economy as a whole… such projects also need to be replicated and we have supported and will continue to support the creation of high-tech industries in this area. The Government of the Russian Federation supports the development of renewable energy … given the importance of the development of renewable power engineering, as well as the development of industrial competencies and ensuring the export of high-tech equipment and services in the industry in the future, the Government of the Russian Federation will continue to support this direction after 2024”. 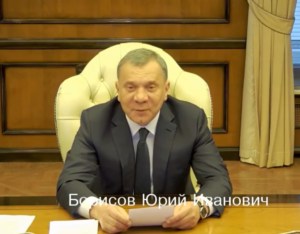 All the speakers also noted the importance of the event for the development of the wind turbine industry in Russia. In particular, the Governor of the Ulyanovsk Oblast Sergey Morozov in his speech said that the Ulyanovsk Oblast intends to further develop not only production capacities in the region, but also build new wind parks. In particular, there are plans to build another 250 MW of wind power generation. Anatoly Chubais, CEO of the RUSNANO, in particular, noted that the professionally structured support for renewable energy by the Government is due to the initiative on the part of its participants and combining the interests of the Government and business community.

It should be reminded that 435 MW of wind parks have already been put into operation in Russia; currently, about 300 MW wind parks are being built in various regions; there are three companies in the market – manufacturers of multi-megawatt class wind turbines, the industry produces blades, towers and nacelles. A number Russian plants are suppliers of generators, inverters, transformers and other equipment. The number of production facilities is expected to grow.

You can learn more about how wind power engineering will develop in Russia when the coronavirus epidemic is over by visiting our online roundtable discussion, which is being held on Thursday, April 16.