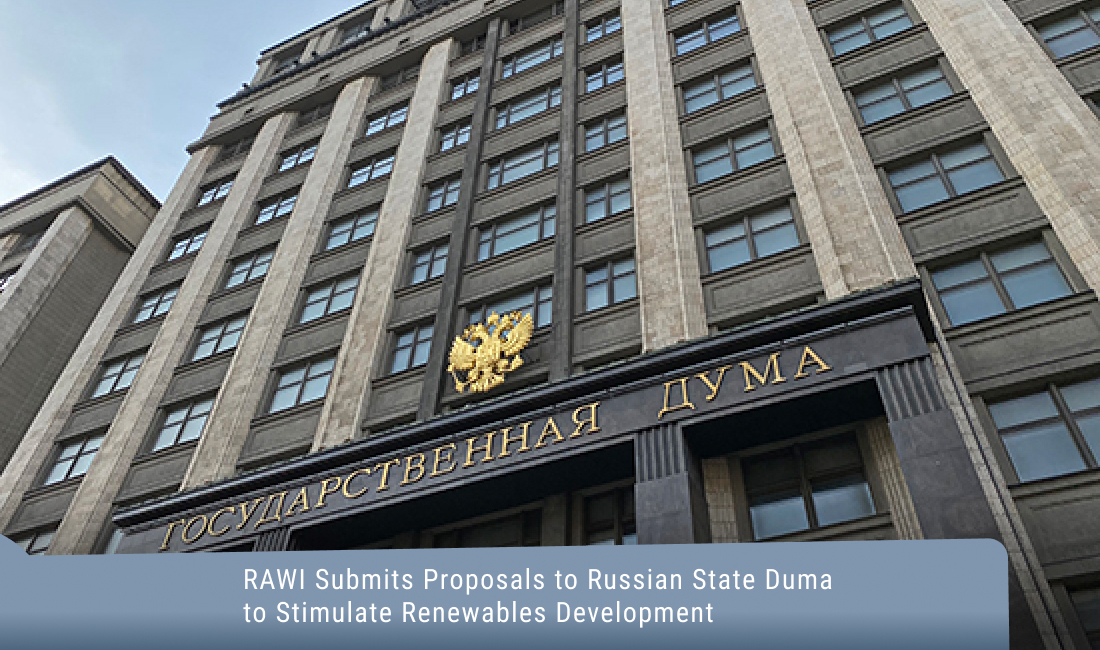 Following the meeting “RES in Russia in the new economic and political conditions: problems and prospects” held online by the State Duma Committee on Energy on 28 June 2022, RAWI prepared proposals to support renewables and namely wind power.

A letter with the proposals to be included in the outcome document of the meeting was sent by RAWI Board Chairman Igor Bryzgunov to the First Deputy Chairman of the State Duma Committee on Energy, MP Valery Seleznev.

The document compiles the proposals aimed at developing and supporting the construction of wind farms to sell sustainable energy under direct bilateral contracts (DBCs) on the wholesale and retail markets and to facilitate the achievement of so-called “price parity” with conventional generating assets:

The next set of proposals sent to the State Duma concerns import substitution – localising the production of wind turbines in Russia:

According to Igor Bryzgunov, the proposals sent by RAWI to the State Duma will stimulate the creation of wind energy projects with a competitive price of renewable-energy-generated electricity in relation to conventional generation sources in the short term. The creation of such a market will, in turn, create production of multi-megawatt-class wind turbines and components and jobs, which will entail new tax revenues for the budget and strengthen the competitive position of the Russian industry. In addition, it seems important to develop the microgeneration market, which is essentially nascent in Russia due to insufficient legislative support and disincentive tariffs for connection to the grid.