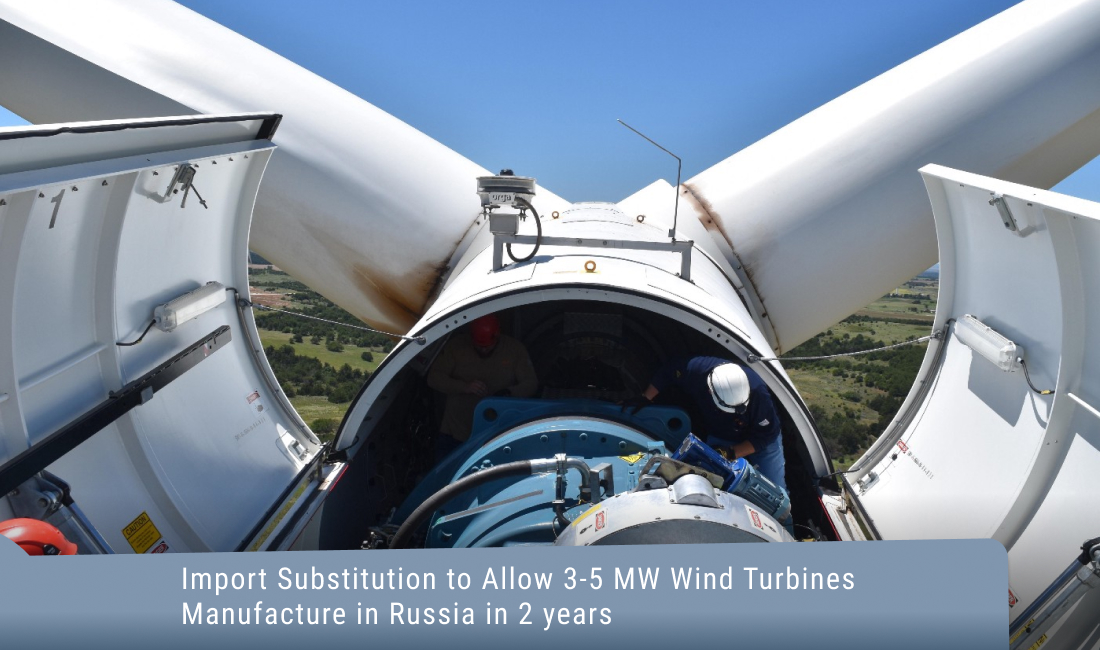 These are the estimations of the Russian Association of Wind Power Industry, which initiated an import–substitution project on behalf of one of the Russia’s largest power engineering holding companies in March this year in the production of multi-megawatt wind turbines.

The goal of the project is to make the Russian wind energy industry fully independent of imported wind power components, to establish their production in Russia, and to launch the process of developing domestic technologies. To develop the industry, Russian companies need to master the production of a fully import-substituted Russian wind turbine with a capacity of 3-5 MW. This is a matter of survival for the Russian wind power industry, according to RAWI.

According to the Association’s experts, the production of almost all components of wind turbines can be mastered in a short time in Russia at the existing production facilities. Russian companies have all the necessary technical equipment, production facilities, raw materials, and specialists. That is why RAWI’s initiative was almost immediately supported not only by members of the association, but also by other major domestic power engineering enterprises.

Several manufacturing and engineering companies from different regions of Russia have applied to the Association to join RAWI for a joint project. Based on the information about the production capabilities of each of these companies, RAWI professionals are compiling a pilot list of component suppliers. Once the Association’s Management Board approves the applications for membership and the applicants join RAWI, it will be possible to form a shortlist of project participants, as RAWI has taken responsibility for the priority inclusion of association member companies in the project.

The process of modelling the supply chain for production start-ups is now well under way. In parallel, a constructive dialogue is underway with the relevant ministries of the Russian government to develop a mechanism for subsidising the reconstruction of the production facilities of mechanical engineering companies that will take part in the production of components for wind turbines, as well as companies that produce materials for their manufacture.

RAWI sees its primary task as bringing together, within the Association, potential manufacturers of wind turbine components to coordinate joint action to start wind turbine production in Russia within the next 2 years ‘in flesh.’