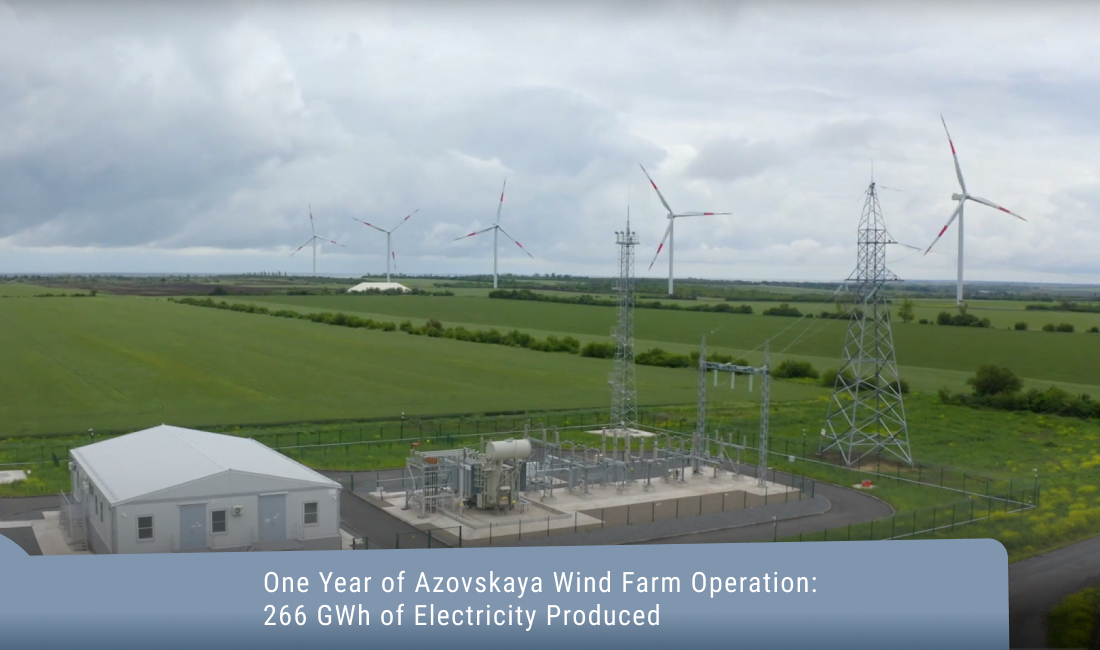 The Azovskaya wind power project has generated 266 GWh of sustainable energy over the year,” the Rostov Oblast Investment Development Agency reported, citing information provided by the farm’s operator Enel. The energy generated by the wind farm since its launch on May 1, 2021, has allowed to avoid emitting 216,000 tonnes of CO2 into the atmosphere.

The current annual generation volume of the wind farm makes it possible to supply more than 100,000 households with electricity. The 90 MW wind farm was the first wind farm in the Russian national power grid to use technology for remote control of active and reactive power of the generating equipment, which increases the reliability of wind farm operation. Enel Russia notes that in one year of operation, the wind farm has not registered any accidents. The projects successfully passed its first autumn-winter (heat-deficit) period.

According to Makar Kuznetsov, General Director of Enel Rus Wind Azov, the wind farm has taken one of the leading positions in the wind generation market of the Rostov Oblast after its first year of operation.

The project, included in the region’s “Governor’s hundred” of priority investment projects, was implemented by Enel Russia with the participation of the Investment Development Agency of the region. The investment amounted to over EUR 135 million. The wind farm supplies electricity to the wholesale market within the framework of the RES CDA. The operation of the wind power plant is carried out by Enel Rus Wind Azov, a subsidiary of Enel Russia.

As a refresher, the Federal Research Centre of the Southern Scientific Centre of the Russian Academy of Sciences studied the wind farm’s impact on the region’s natural environment in 2021 and deemed the facility environmentally friendly.