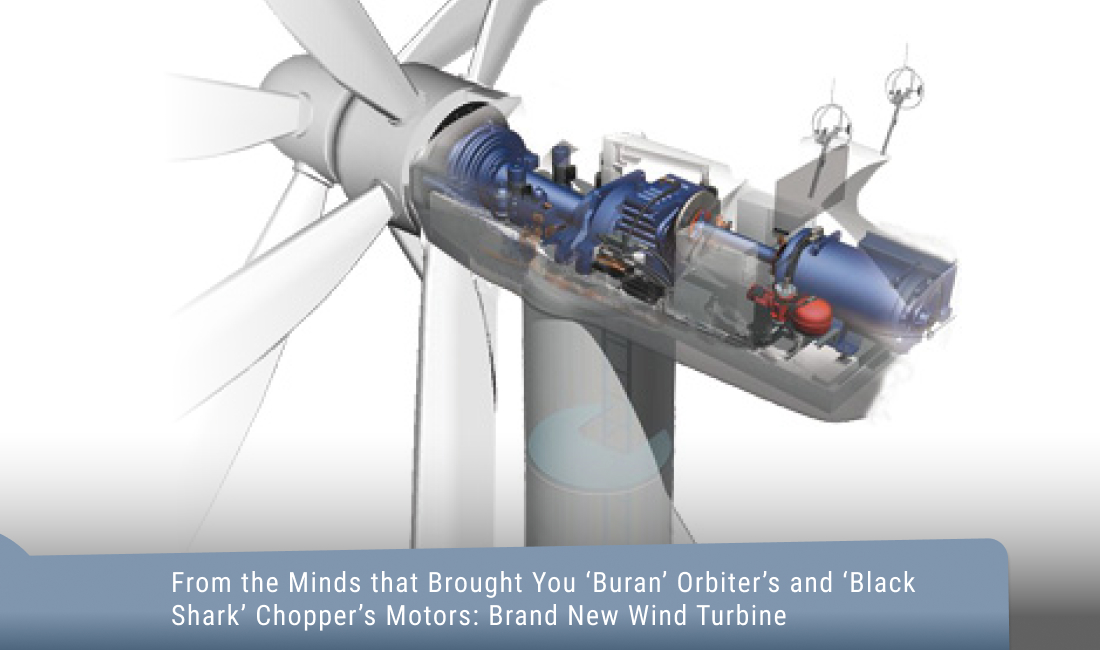 The innovative twin-rotor wind turbine project was proposed by the legendary aircraft engine designer Anatoly Bakanov back in 2016. Skolkovo turned his development into a startup and engaged in promotion. Perhaps now, when the topic of import substitution is particularly relevant, the domestic wind turbine will see the true value.

Innovatsia LLC, a Skolkovo innovation centre resident, is developing and implementing a line of InS-V twin-rotor wind turbines based on the principle of gas turbines. This approach makes it possible to reach efficiencies that are significantly higher than those of standard models. The company aims to create a serial production of highly efficient, safe wind turbines of different capacity range for their delivery to the domestic and foreign markets.

The creators of InS-V wind turbines note that their development with the same nameplate capacity and rotor diameter is almost twice as efficient as a traditional three-bladed wind turbine. According to the developer’s forecast the annual output of the new 2.5 MW InS-V-2500 wind turbine unit will amount to 5,462,377 kW/hour which exceeds those of same class wind turbines made in Europe more than twofold. Moreover, the cost of energy produced promises to be 2.5 times lower than that of the counterparts.

Two pilot twin-rotor wind turbine projects of Innovatsia LLC are currently in progress in Vietnam and in Saudi Arabia. The company also established a joint venture with local entities in Vietnam with major state-owned corporations and government bodies of the country having joined it, as the project-in-progress was officially assigned a priority status.