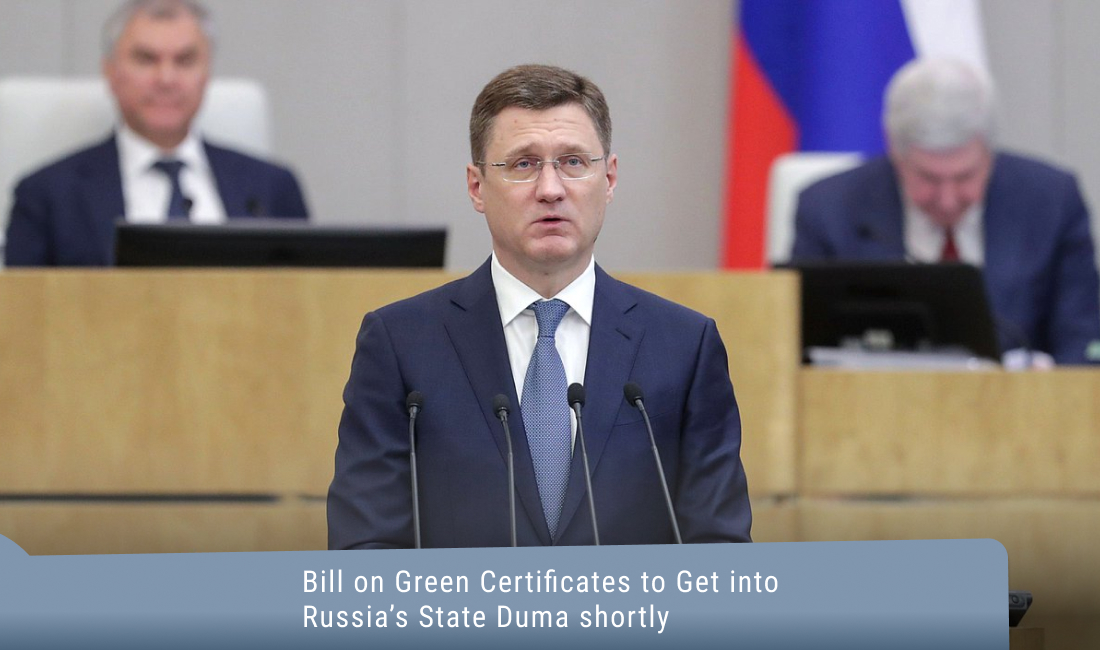 A draft law on “green certificates” confirming the fact of electricity generation by renewable energy generating assets for producers and the fact of purchase of this green electricity for consumers will soon be submitted to the State Duma for consideration. Alexander Novak, Deputy Prime Minister of the Russian Federation, said this during the Government Hour in the State Duma.

According to him, about 30-40% of electricity generated in Russia is green. A mechanism that would allow companies to confirm green power purchases needs to be provided at the legislative level. Such a draft law has been prepared and is already being discussed in the government. “We plan to submit it to the State Duma in the near future. This is the so-called ‘green certificate’,” said the deputy prime minister.

An additional impetus for the development of the Russia’s own national system for the circulation of green contractual instruments in the energy market was the withdrawal of the I-REC system from Russia. It is very likely that the NP Market Council Association will create and ensure the functioning and development of a national system for the metering of generation type features and the circulation of green certificates.

As a reminder, at the webinar dedicated to the ‘greenification’ of Russian businesses with the help of various contractual instruments, held by the RAWI on 24 March 2022, Sergey Anfimov, Head of Departments of Audit and Technological Expertise of NP Market Council, spoke in detail about the implementation of modern tools designed for green energy consumers in Russia and the creation of the related IT infrastructure. He also reported on the progress of the draft law on generation type features and the so-called ‘green certificates’ – documents confirming the origin of electricity from renewables-based projects.