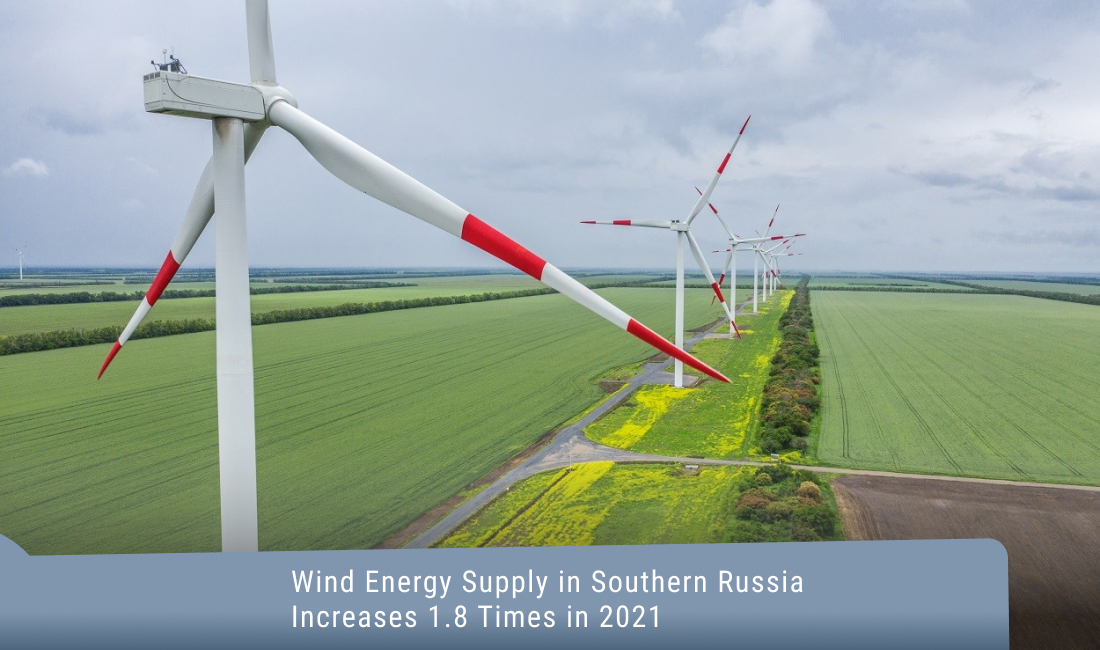 According to the Rosseti South (a Russian grid company), 2.6 billion kWh of electricity from renewables were supplied to distribution grids in 2021, which is 1.7 times higher than year-on-year. At the same time, the volume of wind energy supply increased by 1.8 times.

Last year, the total share of renewable energy in the total supply to the grid in southern Russia was 9.8%, compared to 5.9% in 2020. At the same time, wind power continues to be the leader among renewable energy generation assets in terms of supply volumes with wind farms in southern Russia having supplied 1.3 billion kWh, solar power plants 858 million kWh, and hydro-power plants 396 million kWh to the grid in 2021.

Among the regions of southern Russia, the leaders in terms of the amount of electricity supplied to the grid were renewable energy generating plants in the Rostov Oblast (1.5 billion kWh) and the Republic of Kalmykia (707 million kWh). In the Volgograd Oblast, the volume of electricity from green energy generation was 89 mln kWh, and in the Astrakhan Oblast, it amounted to 303 mln kWh.

It should be noted that the Rostov Oblast became a leader precisely due to its wind power generation with a total of 610 MW six wind farms generating green energy.