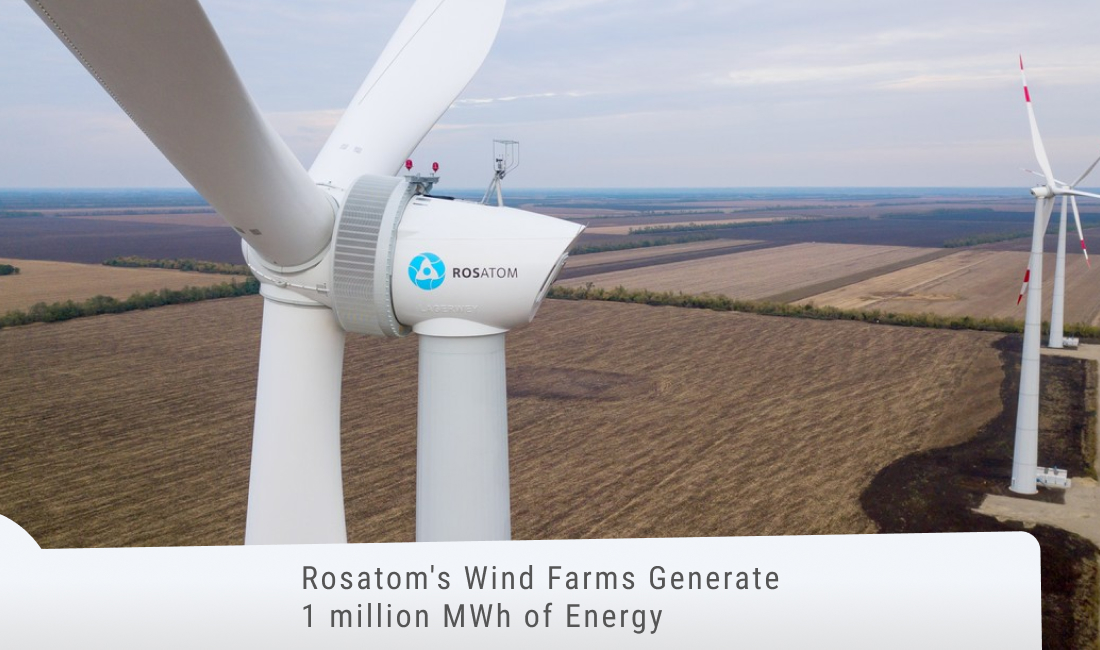 Rosatom said it has supplied 1 million megawatt hours of wind-generated electricity to the Russian grid since it began operating its first wind farm.

This is the result of five wind farms built by the state corporation in the south of Russia, two of which are operating in the Rostov Oblast, and three in the Stavropol Krai. The total installed capacity of Rosatom’s Russian wind farms is currently 660 MW. Another wind farm, the 60 MW Medvezhenskaya wind farm, is slated to be completed in Stavropol Krai by the end of this year.

According to Aleksander Korchagin, General Director of JSC NovaWind (Rosatom’s wind power division), the company has successfully implemented more than half of the capacity under the first RES CDA programme with NovaWind managing to create an efficient supply chain with the participation of the state corporation’s enterprises and its own wind power plant operation and maintenance service.