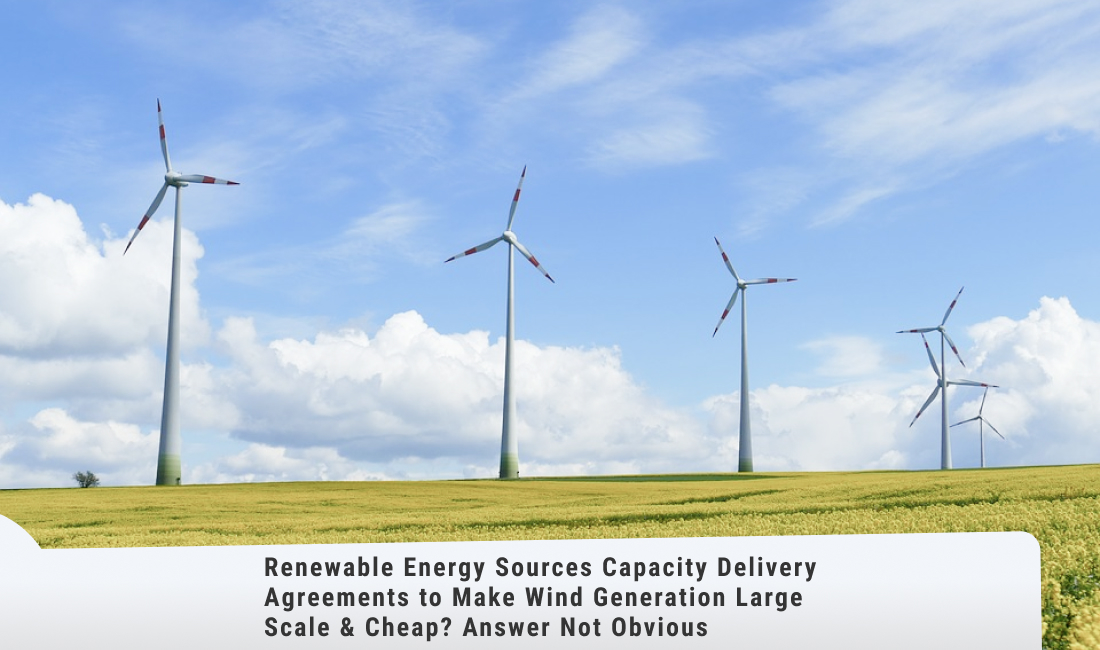 Experts call the results of the selection of wind generation projects under the RES CDA 2.0 programme ‘revolutionary’. It is all about price, the power to be generated by wind farms built with state support is expected to cost as little as 1.7 roubles per kWh (2 euro cents).

According to the results of the first stage of the selection of wind projects to be commissioned in 2025-2027, the straight-line tariffs in the bids met the basic efficiency indicators set by the government at 5.7-6.3 roubles per KWh. However, fierce competition between bidders, led by the giants – Finnish Fortum in cooperation with Vestas and Rusnano and Rosatom’s NovaWind – turned into the main prerequisite of the ‘revolution’, during which the electricity cost was reduced by almost 4 times.

RAWI asked its expert Eduard Boze, an adviser to VEB Engineering, a subsidiary of VEB.RF Group, to comment on the situation:

“The CDA programme has obviously lost its relevance, its role in terms of establishing the turbine manufacturing industry and wind farms’ EPCM has already been fulfilled. There are three turbine assembly plants (Rosatom’s NovaWind, Vestas and a small Siemens-Gamesa site), there is blade production in Ulyanovsk and production of the towers themselves. There are a bunch of participants in the industry. It is all a credit to the first stage of the RES CDA programme.

But now the new CDA with its exaggerated localisation requirements and quite bizarre “mandatory export” requirements for turbines has become a mechanism for limiting competition – which is what was revealed by the competitive auction, where the entire volume was shared by Fortum-Vestas-Rosnano and Rosatom’s NovaWind, while InterRAO, Tatneft, GEH and many other candidates were also bidding. But all of them either lost or did not go to the auction due to the lack of confirmation from the turbine suppliers.

The declared one-part tariff from Fortum is such that it made obvious that the global turbine manufacturer can also provide such a level of CAPEX in Russia that wind power becomes competitive compared to any traditional generation except hydropower. The price of 1.7 roubles per kWh looks like dumping, but with CAPEX compensation and revenues from power sales, Fortum’s projects are clearly cost-effective.

Local NovaWind player (its turbines are sold in numbers incomparable to Vestas’) cannot provide CAPEX at a competitive level. This follows from the fundamentally different level of the one-part tariff declared by NovaWind. And it makes sense, because in terms of any engineering business as a product that is sold globally in thousands of units per year will always be cheaper than a local product produced in series of 100-150 units per year.

So, it is not so obvious to me if the CDA programme is worth the trouble. In the context of risks of cross-border carbon taxation of export products from Russia, it is more important to have cheap and large scale wind generation (tens of gigawatts of installed capacity with a LCOE of $15 per MWh) rather than a fully national turbine building industry with capacity of a couple or three hundred units per year. Now it is not a matter of developing a narrow engineering industry, but a matter of long-term competitiveness of the country’s export sector and implementation of the national decarbonisation strategy (and the hydrogen strategy as part of it).”