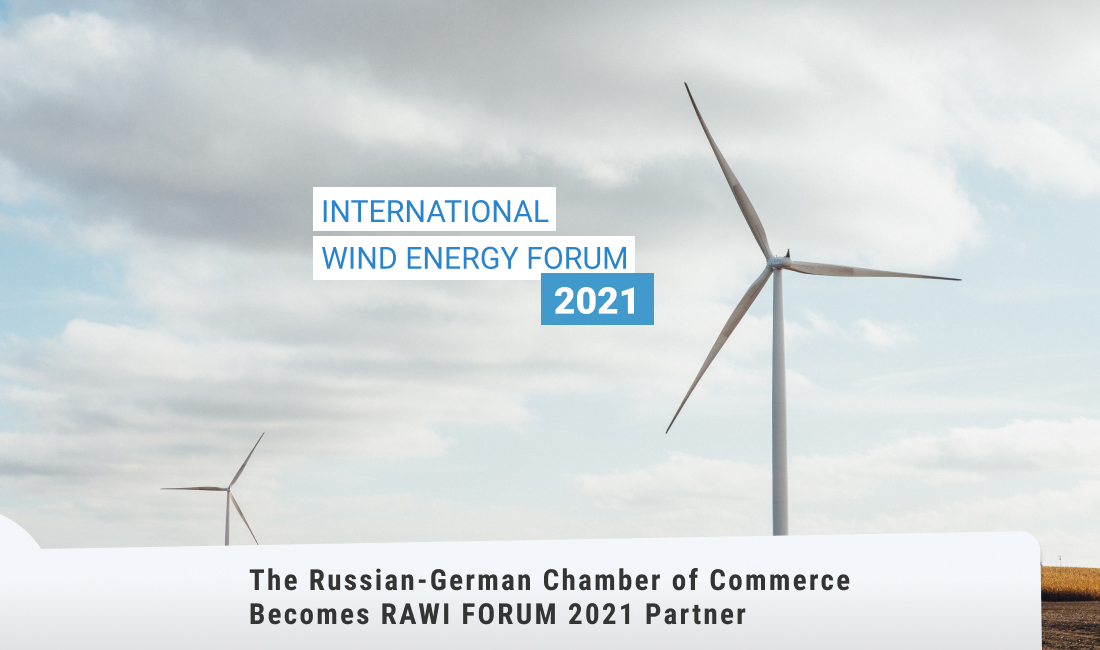 RAWI members and partners, including public and business associations, as well as the media, traditionally provide informational support for the International Wind Energy Forum, which is held annually by the Russian Association of Wind Power Industry. RAWI is interested in extending information support and invites new partners to participate in the Forum.

The Russian-German Chamber of Commerce represents the interests of German companies in Russia and supports Russian companies that are interested in cooperating with German business community in both Russia and Germany.

With more than 1,000 member companies among its ranks, the Chamber of Commerce is a major foreign business association. The members of the Chamber are companies representing a wide variety of sectors of the German and Russian economies.

By organising cooperation between Russian and German companies, from company formation and market entry to everyday business matters, the Chamber promotes the successful development of bilateral economic relations between the two countries.