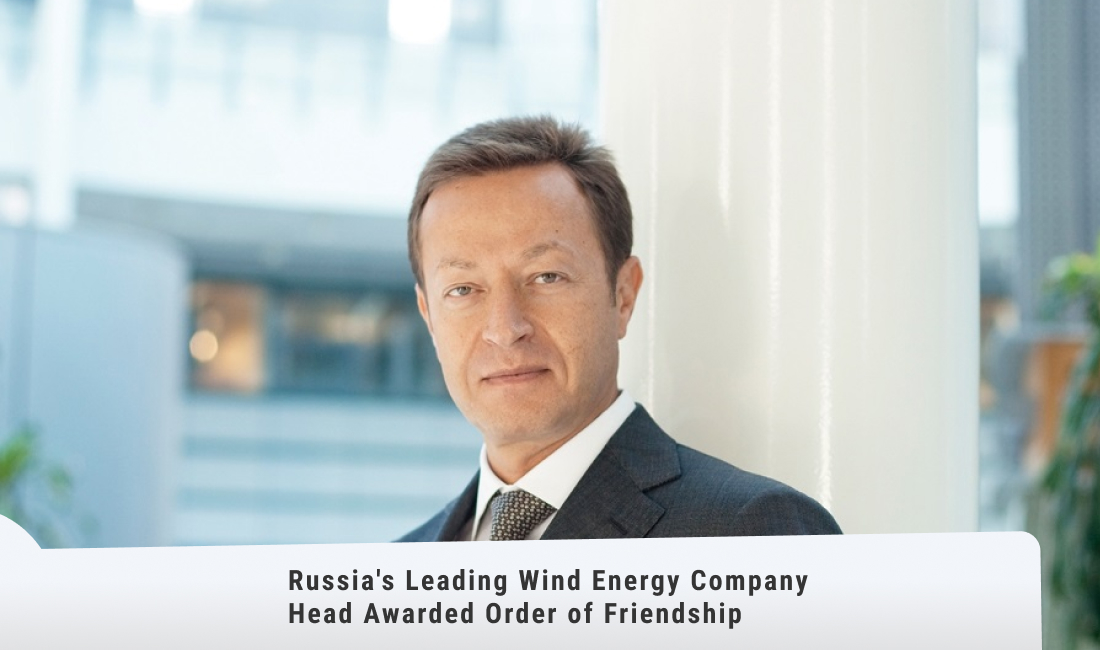 The Order of Friendship of the Russian Federation is awarded to Russian citizens and foreigners for successes in building fruitful cultural and economic international relations, for contributions to joint economic projects with Russia and attracting investments, as well as for strengthening Russia’s position in the global community.

Fortum is a European energy company with operations in more than 40 countries. Fortum’s investments in Russia exceed EUR 5.7 billion. Alexander Chuvaev has been the head of Fortum’s Russian subsidiary, PJSC Fortum, since 2009.

Fortum is actively involved in renewable energy development in Russia. Together with RUSNANO, Fortum established the Wind Energy Development Fund (WEDF), which in 2017-2018 obtained the right to build wind power assets with a total capacity of 1,823 MW, which represents over 50% of the total wind power inputs in Russia in the period up to 2024.

The total capacity of wind projects already implemented by the Fund is currently over 600 MW. The capacity of wind farms under construction in the Rostov, Astrakhan, Volgograd and Samara regions totals 731.6 MW.