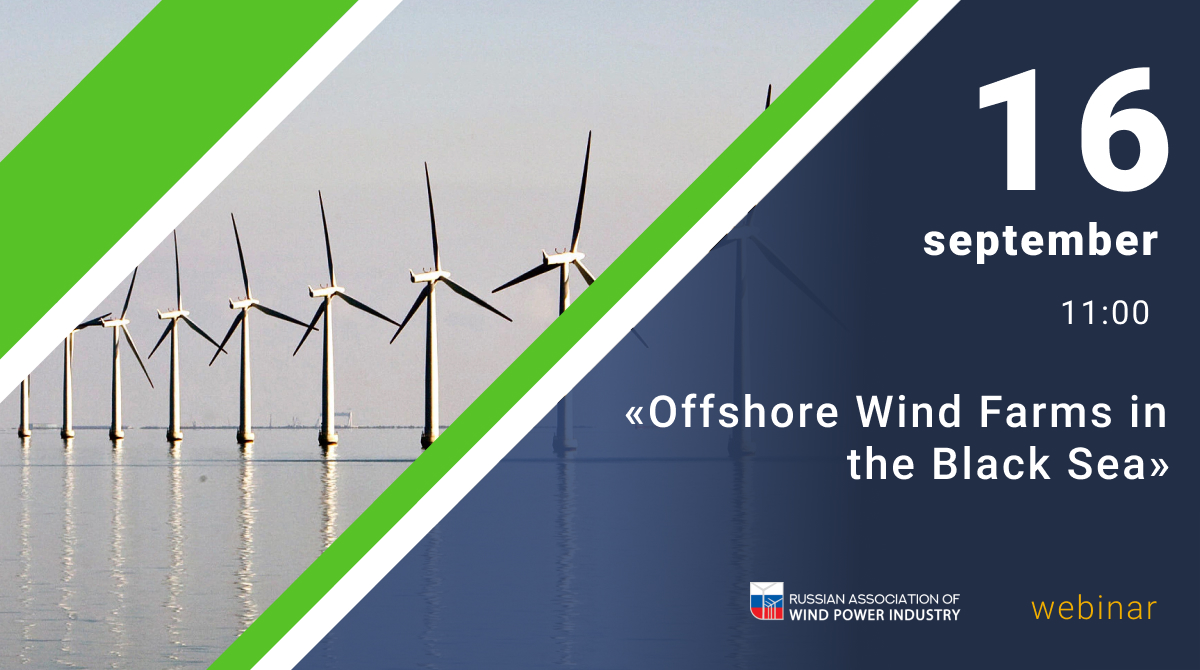 This will be discussed on September 16, 2021 in a webinar that RAWI is hosting in cooperation with the Turkish Wind Energy Association with the participation of GE Renewable Energy.

The participants will discuss the potential for offshore wind power development in the Black Sea and the possibility of producing wind turbines for the projects in the both countries.

The webinar topic will be of interest to audiences in both countries because, for various reasons, no offshore wind farms have yet been built in either Turkey or Russia, unlike most European countries with access to the sea. Moreover, the Black Sea is as yet free of offshore wind power. Industry interest in the region increased not more than a year ago, after the EU first mentioned the Black Sea in its offshore renewable energy strategy.

Turkey, meanwhile, with its developed onshore wind energy industry, is considered by most European experts to be a pioneer in the deployment of offshore wind farms in the Black Sea. Romania and Bulgaria are also among the three frontrunners.

The webinar attendees will learn more about these and other aspects of offshore wind energy development in the Black Sea from the speakers, and the second part of the event will be devoted to answering questions.