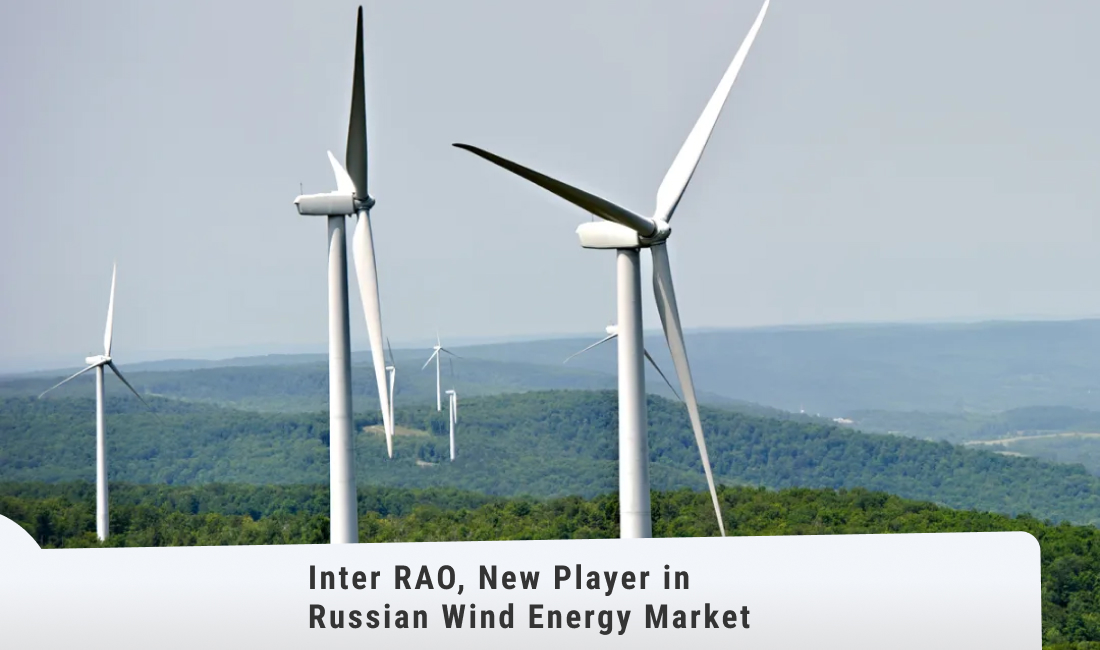 The reason behind the online meeting was Inter RAO’s interest in the prospects for entering the national wind energy market and state support measures under the CDA 2.0 programme, which runs from 2023 to 2035.

The webinar began with an overview, during which Igor Bryzgunov introduced Inter RAO specialists to the activities of the key players in the Russian wind energy market engaged in the construction of wind farms for the wholesale electricity and power market, and their technology partners supplying equipment for wind turbines. The prospects of the retail market and the first wind farm projects in this market, particularly in the Leningrad Oblast, were also presented.

The second part of the webinar was a question-and-answer session. Participants were interested in assessing the amount of state support offered to the industry under the CDA 2.0 programme and the prospects for wind power in the Russian electricity market. Environmental issues in the development of wind power projects and the disposal of wind turbine blades were also discussed.

The discussion also touched on technological issues, the amount of OPEX costs for operating wind farms, the ability of imported equipment to work in the conditions of the Russian polar regions, and developments in the design of state-of-the-art wind turbines.

Summing up the online meeting, the speaker answered the key question of its organiser, Inter RAO, about the possibility of a new player entering the Russian wind energy market in the context of a given amount of state support. Expressing the hope that such a strong company as Inter RAO will be able to enter the wind energy market in the near future, he stressed that the opportunities for successful implementation of large investment projects in the wind energy sector today have increased significantly due to technology development and the prospects for entering the retail electricity market.