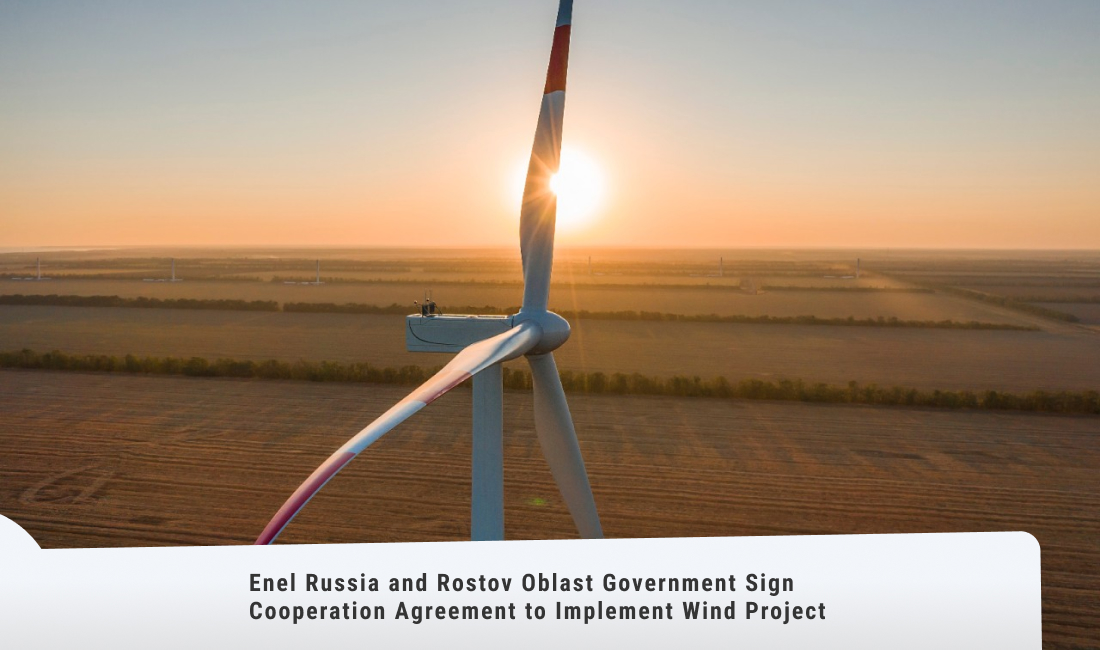 The aim of the agreement is to implement an investment project for the construction of a wind farm in the Rostov Oblast. Enel plans to build its second wind farm in the region, subject to obtaining the relevant quotas as a result of the competitive selection of investment projects for the construction of power generation assets operating on the basis of renewable energy sourses, which are scheduled for 2021-2025 under the second RES support programme (RES CDA 2.0). The estimated investment volume of the potential project could amount to RUB 10 billion.

“Enel is constantly looking at opportunities to expand its portfolio of renewable energy projects in Russia. It is important for us to see the same potential interest in the region to reduce its carbon footprint and develop new technologies for a sustainable economy. This year we introduced our first wind farm in Russia specifically in the Rostov Oblast, a region rich in natural potential, with the necessary infrastructure in place and open to engagement.”

“We continue our partnership with Enel. I consider it a success as we recently opened the first wind farm of this Italy-based company in the Azov district of the Oblast. I think that the agreements reached today will surely bear new fruit.”

Under the terms of the signed agreement, the Rostov regional government will assist in obtaining organisational, state and informational support for the project being implemented by the company, and will also consider the possibility of including it in the list of “Governor’s 100 Investment Projects.”

As a reminder, on May 1, 2021, Enel Russia’s first wind project in the Rostov Oblast, the Azovskaya wind farm (90 MW), started supplying electric power to the wholesale electricity and power market.  The wind farm is equipped with 26 turbines and can generate about 320 GWh per year, while avoiding the emission of about 260,000 tonnes of carbon dioxide into the atmosphere annually. The asset is located on 133 hectares of land on the coast of the Sea of Azov. The actual capital expenditure for the construction of the Azovskaya wind project was around €135 million. The Azovskaya project was included in the “Governor’s Hundred” as well.