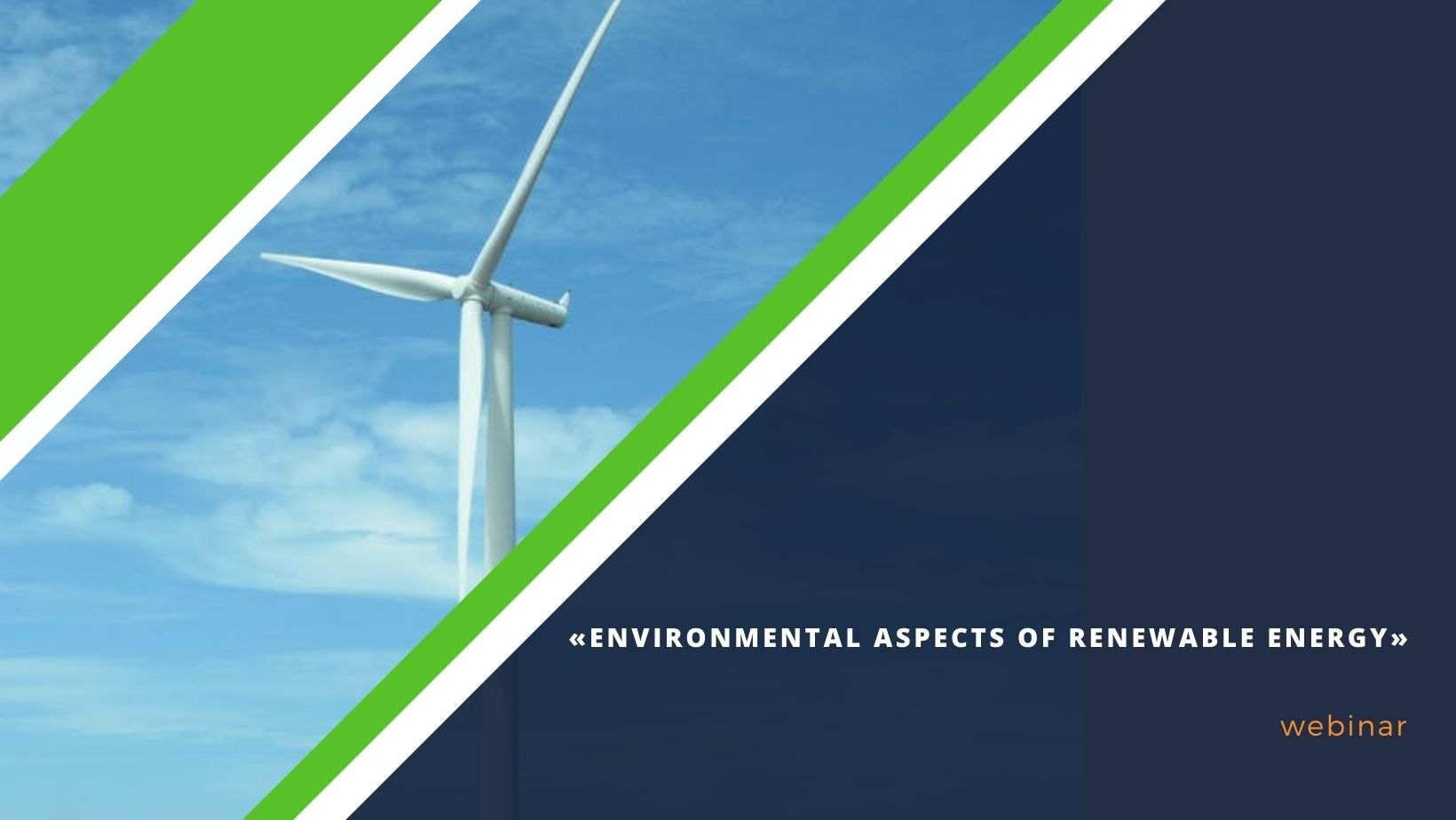 With the growing use of wind as an inexhaustible source of clean energy, the debate on the environmental points of renewables and their impact on the environment are gaining momentum. While some critics tend to focus on constant assessments highlighting the negative impacts, the others argue that if wind power reaches a third of the world’s current level of electric power generation, there could be worse consequences for the global climate than a doubling of carbon dioxide in the atmosphere.

To get to the bottom of the issue and set the record straight, the Russian Association of Wind Power Industry held a webinar on Environmental Aspects of Renewable Energy. During the webinar, the participants gave an estimate of the environmental impact of wind turbines and explained how to analyse the impact, taking a project being implemented by an alliance of organisations from several EU countries as an example.

“The topic of the environmental impact of wind turbines, from noise to visual interference, is very much in the spotlight, with data and research results. At the same time, for conventional power plants, there are no such statistics kept. And this raises certain questions,” said Roman Denisov, analyst of the Association, and a scientist of the Peter the Great St. Petersburg Polytechnic University’s Institute of Civil Engineering’s Higher School of Hydrotechnical and Power Engineering.

According to him, the production of wind turbine components is not much different from conventional power equipment, as many of the same components are used in the manufacturing processes.

Among their arguments, renewable energy opponents often cite the wind industry’s use of permanent magnets, which require rare-earth elements such as neodymium. The point is that their extraction can have serious environmental implications because of the acids used in refining and the appearance of uranium and thorium in the ores. “However, the proportion of neodymium that goes into the production of wind turbines form a very small part of global demand for this element, which is used in a wide range of consumer products as well as in electric vehicles,” the expert stressed.

During the wind turbines operation phase, environmental impact issues arise on the following elements: noise, visuals, vibrations, impact on fauna and flora produced by them.

“When carefully considered and having minimised wind farms’ all possible factors of negative impact on people and the environment at all stages of their life cycle, wind power today is one of the safest forms of power generation,” Roman Denisov opined, drawing attention to land sites where wind farms operate being routinely NOT expropriated entirely, but transferred to agricultural ownership. “Also in the areas bordering the wind power plants, traffic is reduced in some cases and predator populations are diminished, which has a positive impact on the annual survival of some species.”

With regard to the impact on human life and activities, we can cite a last year Oxford University study. According to it, “…there were no significant differences between the wind turbine noise and control night for sleep onset, sleep duration, or indicators of sleep fragmentation or sleep continuity… There was a longer rapid eye movement (REM) sleep latency (+16.8 min) and lower amount of REM sleep (−11.1 min, −2.2%) in WTN nights. Other measures of objective sleep did not differ significantly between nights, including key indicators of sleep disturbance…”

At the end of the life cycle, a pertinent question arises as to the disposal of the components of a wind turbine. As this issue is now receiving special attention, European investors planning to build wind power plants already include the cost of dismantling and recycling the equipment in their CAPEX. The challenge of eliminating waste in wind power is being worked on by major manufacturers, with millions of dollars in budgets to develop industrial solutions.

It is especially relevant against the background that the first commercial renewable energy projects will be completed in this decade. Basically, for the near-end-of-life-cycle wind farm sites development, several scenarios are possible: repowering, adaptation for tourism purposes, and complete disposal.

According to Roman Denisov, two main methods of recycling are now common. The first is the mechanical method of blade recycling. It is quite simple and involves three steps: dismantling and splitting into parts for easier transport; mechanical shredding with resin extraction; separation of larger fibres from smaller one and pellets. The second scenario is the thermal processing of the blades with the simplest solution being incineration. But large quantities of ash are produced after it. “A promising method is pyrolysis (heating without access to oxygen at 500 degrees Celsius), which can reuse the fibres of the blades and burn the resulting gas to generate electric power,” the panellist said.

Wai Chung Lam, researcher for Sustainable and Environmental Security Building, VITO/EnergyVille (Belgium), spoke at the webinar about the INNTERESTING: Innovative Future-Proof Testing Methods for Reliable Critical Components in Wind Turbines project.  The project aims to develop a novel hybrid methodology and breakthrough design tools to assess reliability of larger wind turbine critical components without the need of building larger test benches in the future, as she explained. The €5 million INNTERESTING is a planned-for-3-years, three-country project with eight partner organisations, including companies being parts of the Basque Country Wind Energy Cluster (Spain), represented in Russia by Basque Trade & Investment Russia (a member of the RAWI).

According to the researcher, the alliance was motivated to form the initiative by ever-increasing wind turbines’ size and capacity parameters, more demanding legal requirements in EU regarding lifetime time, and CAPEX/APEX costs. “We realise that we have to reduce the environmental impact, minimise the social impact and increase reliability [of wind turbines]. In addition, it must not be forgotten that the installed EU wind fleet is approaching the end of their operational lives,” the expert said, explaining that the life cycle sustainability assessment is conducted at all phases of a project and equipment’s life cycle and includes analysis of existing data, options for possible improvements and final validation of proposed and used technologies.

Wind power will continue its growth in the future, and with this development, more such comprehensive projects to analyse the environmental impact of wind power will come. However, it is even now clear that there are more positive aspects to this kind of power generation than negative ones, and new assessment approaches will only make the industry even more efficient and sustainable.