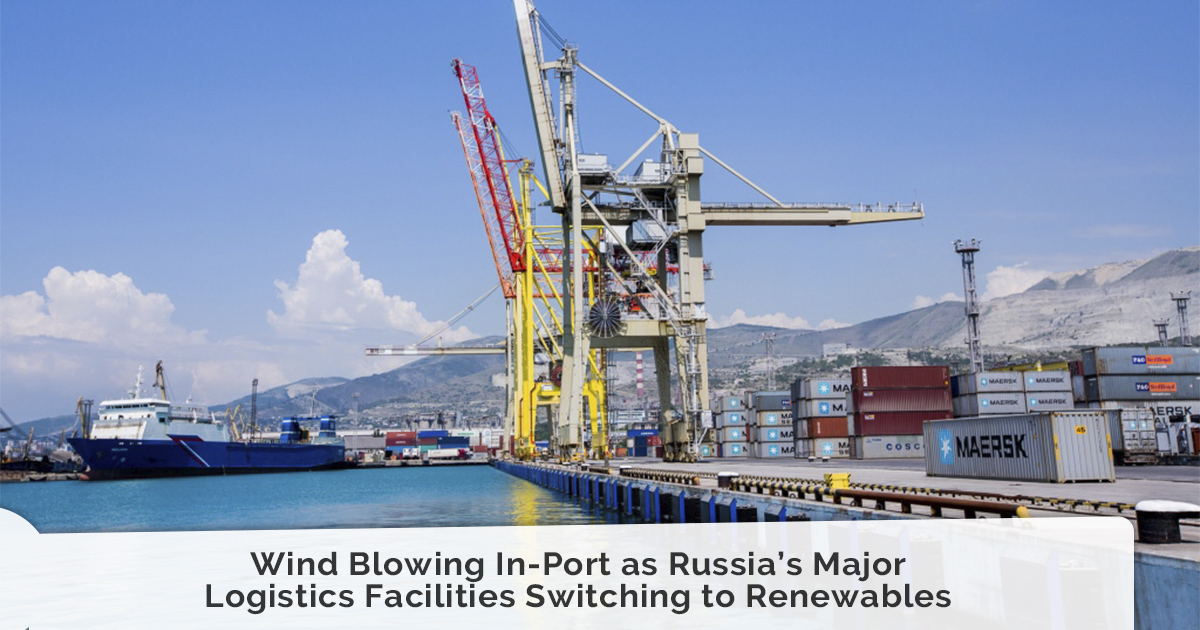 Some of the largest logistics facilities in Russia are switching to renewable energy with one of the promising fields being the use of wind energy by port terminals. In particular, such a project was announced by the transportation and logistics holding company Delo Group. The group just recently signed a respective agreement with JSC Atomenergoprom which consolidates the Rosatom State Corporation’s civilian assets.

According to Nezavisimaya Gazeta, the first stage will involve supplying power generated by wind turbines to terminals in the Azov and Black Sea region. These are the NUTEP container terminal and the KSK grain terminal at the Novorossiysk sea port which are some of the Russia’s largest port infrastructure facilities that have declared their readiness to switch to green energy. It is planned that by 1 January 2022, the wind farms will fully cover the facilities’ needs.

Ekaterina Lyakhova, Rosatom’s Director for Business Development, told the media that a growing number of companies are now choosing the path of sustainable business development. “In many ways, this becomes the key to competitiveness and long-term commercial success. And I hope that our agreement is just the first step towards the transition of Russian logistics companies to low-carbon energy sources,” she said.

At the same time, according to CEO of Delo Management Company Igor Yakovenko, who was quoted by the media outlet, the project to convert the terminals to renewables is planned for further expansion. He noted that one of the strategic objectives of the Group is developing the port and terminal infrastructure in accordance with the principles of sustainable development and minimising the environmental impact. “We intend to expand and develop [the project] at other group’s companies. The NUTEP and KSK terminals are the most modern ones in southern Russia, and the group is implementing a large-scale investment programme to modernise them, aimed at expanding throughput capacity and purchasing the state-of-the-art equipment,” he said.

The potential carbon dioxide emission reductions for the NUTEP terminal are estimated to be about 6,800 tonne per year, and 5,700 tonne per year for the KSK when compared to conventional electric power sources if they continue burning natural gas.