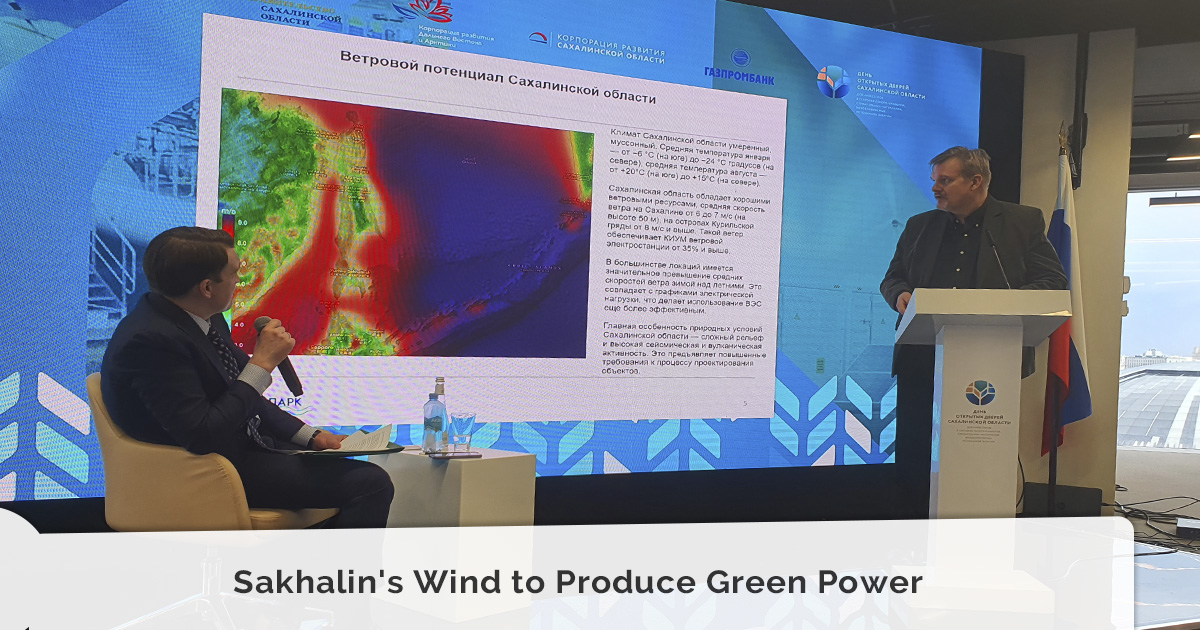 As it is known, Sakhalin Island was chosen as a platform for the development of greenhouse gas emission reduction technologies. Large public corporations and private companies are looking closely at the eponymous region with a lot of major projects being planned, including some new to the Russian energy sector. The Eastern Mining Company’s wind farm is going to be one such landmark project; it will supply the Solntsevsky coal mine site, the coal seaport of Shakhtersk (the company’s coal terminal), and the main conveyor belt with electric power. During the Sakhalin Oblast doors open days for investors which were being held in Moscow on 22 and 23 April, the project was presented by Dmitry Ruzmanov, project manager at LLC Eastern Mining Company.

The very combination of renewable and carbon-intensive energy technologies merits serious attention. A RAWI member company participated in the project feasibility study. Toomas Pungas, Chief Engineer at the Vetropark (a member of the RAWI) which was entrusted with preparing an extensive investment feasibility study for the project, spoke at the event.

Studies have been carried out on the possibility of constructing a wind power plant to supply electric power to the industrial consumers (Eastern Mining Company). The studies were carried out at 4 sites for 3 various nameplate capacity wind turbine models. Capital costs were estimated for four different sites, three types of available equipment, and different options for the development of demand, and economic models of different wind power plant options were calculated.

The wind farm will soon become a source of green power for the company allowing it to get rid of a necessity to pay a carbon borders tax when exporting its products abroad.

RAWI members are quite literally involved in every single wind farm project in Russia, and customers often take RAWI’s credibility into account when making their decisions.