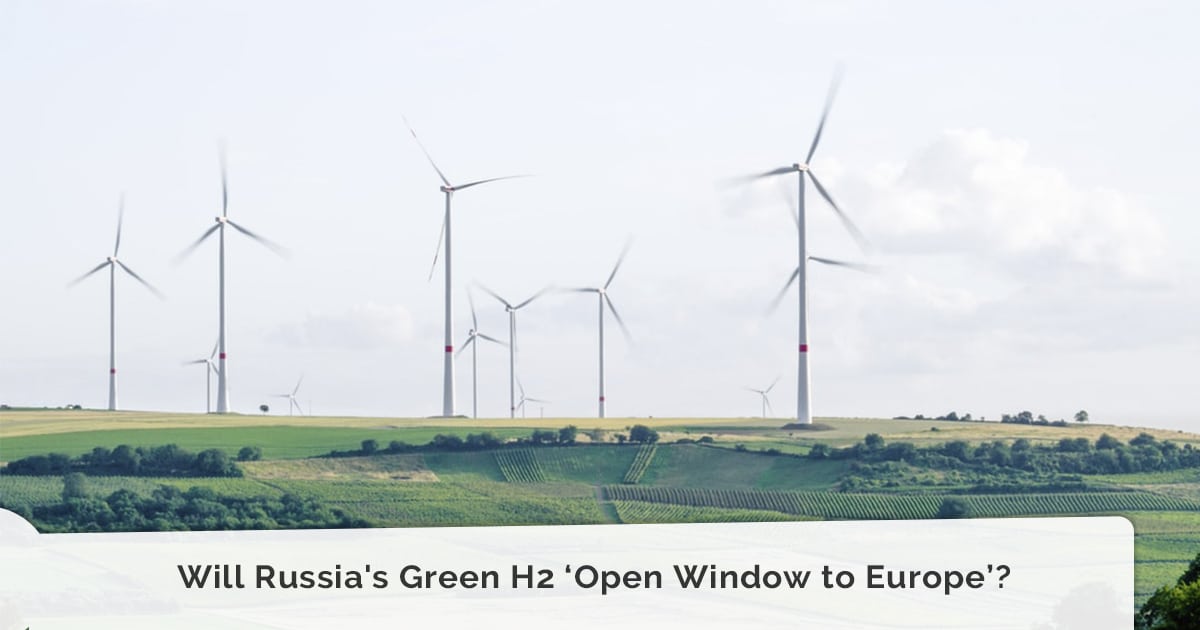 On March 3, an online conference entitled ‘Green Hydrogen in Russia: Myth or Reality?’ was held by the RAWI, the main objective of which was to consolidate participants of the hydrogen market on key issues. First of all, the participants were concerned about the prospects of hydrogen exports to Europe, as well as the reality of the prospect of Russia becoming one of the leading countries in renewable energy production. Another important topic on the agenda was the dialogue between government and business community, which together will have to answer the questions that the industry is now facing. The conference attracted a large audience of around three hundred industry players. The Association, as always, took a professional approach to the selection of participants, inviting experienced wind industry professionals to participate.

Valery Seleznev, First Deputy Chairman of the State Duma Committee, who opened the conference, noted the obvious growth of interest in hydrogen in recent years, but expressed caution about the current export opportunities, noting the risk of repeating the Nord Stream’s fate. Kimal Yusupov, CEO of Vestas Russia (a member of the RAWI), spoke of the 63% drop in the present value of a kilowatt hour in wind power generation worldwide over the last ten years. Such price changes make wind and solar energy the main source of energy for the production of green hydrogen. The development of wind power also contributes to the European Union’s roadmap target of 24% of national energy consumption in 2050 from hydrogen.

China could become the market’s major player in the coming years. The country plans to produce more than 300 GW of green energy in the coming years, which should account for about a third of the national total. The conference participants agreed that, having appreciated the positive experience of the West, Russia should increase its renewable capacity. By this increase within the foreseeable future, access to the European export market should not be a distant fantasy, but a real area to stimulate the development of the industry. Daniil Solomonov, managing director of Siemens Gamesa’s facility in the Leningrad Oblast, a company producing and installing wind turbines, also agreed with the concept. Siemens Gamesa (a member of the RAWI) plays a major role in the energy transition by investing in the green hydrogen potential for decarbonising transport and heavy industry. The representative of the Russia-based NOVATEK stressed that decarbonisation is one of the priority areas of development. The Ulyanovsk Oblast Development Corporation also took part in the conference. The region intends to become one of the leaders in green hydrogen production in Russia. Alina Abitova, Deputy Director General of the Corporation, said: “For our region, renewable energy projects and green hydrogen in particular are not a myth, as they are included in our investment policy. This year, we are starting construction of a 19.6 MW solar project, we are developing a strategy, and we are working on updating the legislation on targeted support for the industry”. According to her, 900 new jobs associated with renewables should be created in the region by 2025.

Some panelists lamented the lack of available energy capacity for green hydrogen production. In this context, it was very relevant to report on a projected wind farm in the Leningrad Oblast, the Sviritsa wind farm, located on the shore of Lake Ladoga. The location of a wind farm so close to freshwater proves useful not just in terms of wind resources because freshwater is an essential source of hydrogen production. The wind farm has a very favourable logistical location being close to shipping routes and the Moscow-Murmansk federal highway, which makes it cheaper to deliver H2 to Europe in the long term.

The German business interest in importing green hydrogen was confirmed by Dena energy fuels and hydrogen expert Christoph Menzel. During his presentation, he said that Europe is willing to
invest 430 billion euros in the hydrogen business. When asked directly when Germany would be willing to purchase Russian hydrogen, the expert said that the country is currently developing its own capacities, but is looking for partners to expand them and in the future, the country is counting on cooperation with Russia.

Particular attention was paid to the role of traditional power generation companies in decarbonisation. Dr Grigory Shevchenko, senior account manager for gas supply and origination, and LNG development at Uniper Global Commodities SE, stressed that experience in managing power assets and understanding the way the value chain works from resource production to consumption is indispensable. “Complete decarbonisation is not possible without hydrogen, but natural gas will continue to play an important role for a long time to come,” he said. According to him, procurement of hydrogen from outside Europe is a necessary element to meet the goals of the European hydrogen economy; with many issues being still open, the Uniper is working with the Russian oil and gas sector, technical partners, legislators and potential customers to address those.