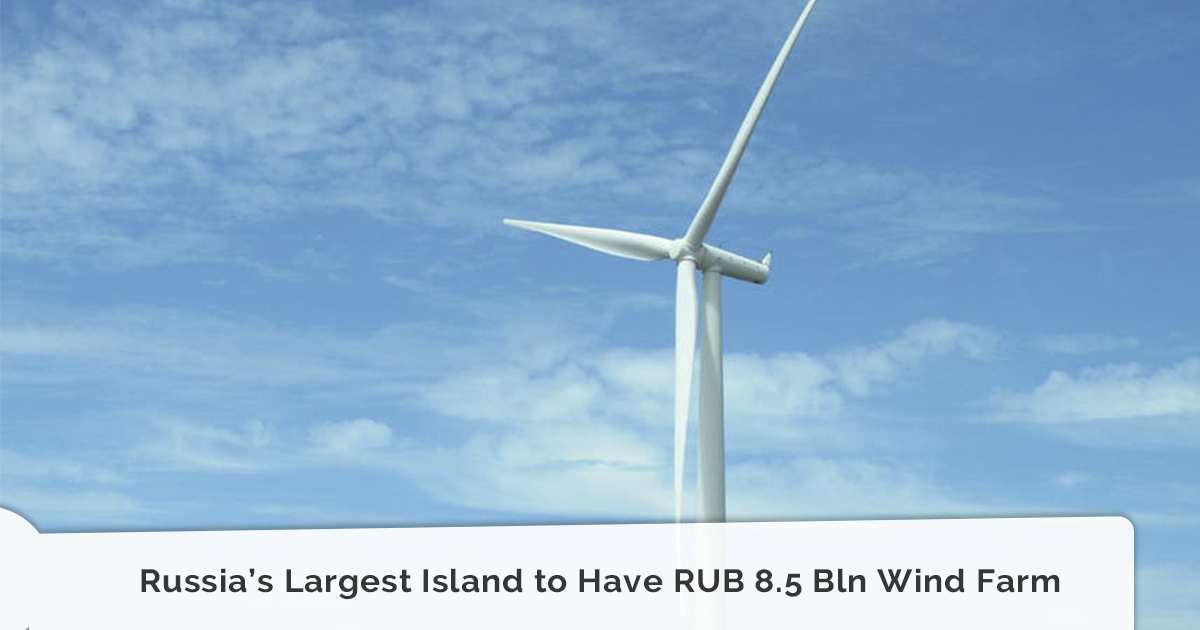 A 67.2 MW wind farm project is being developed by the Eastern Mining Company (VGK, a major producer of thermal coal in the Sakhalin Oblast and exporter of lignite to APR countries) in the region’s Uglegorsky district of the region.

Sixteen wind turbines are planned to be built in areas with high wind speed potential. Upon its completion, the wind project will be the largest wind farm in Sakhalin Island and in the Russian Far East as a whole. The power generated by the wind farm will be used for the extraction and transportation of coal process purposes. That is to say, the company combines traditional fossil fuels business and sustainable power generation.

The project will be implemented with investment from the VGK, and grants from the federal and regional budgets with planned date of commissioning in 2023 and a year-round work cycle since the start of the commercial operation.

The financiability study (justification of investments) for the project was conducted by the Vetropark (a member of the RAWI), which is developing a wind farm of its own in the Leningrad Oblast and is involved in several other projects together with its partners.


One thought on “Russia’s Largest Island to Have RUB 8.5 Bln Wind Farm”