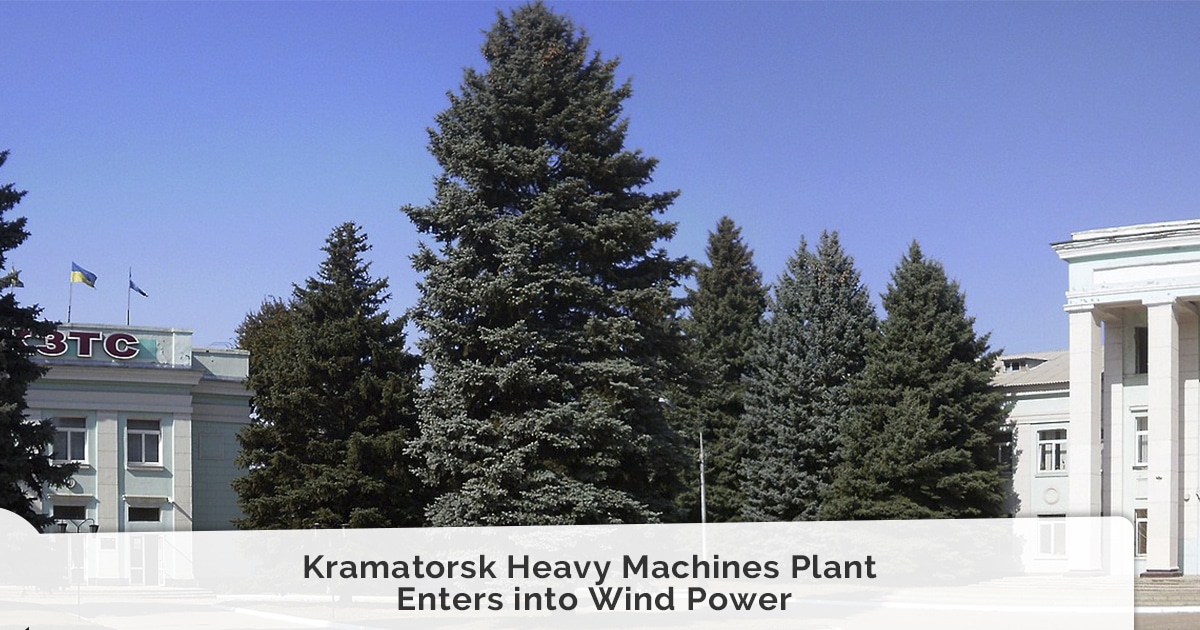 Now Kramatorsk Heavy Machines Plant (KZTS), in addition to being rightfully regarded
as a manufacturer of unique machines, has also become the only plant in Ukraine to manufacture components for wind turbines. The factory is certified under the TÜV SÜD ISO 9001:2015 quality management system (QMS).

Ten years ago, in August 2011, Maksim Efimov, one of the factory’s founders, initiated a decision to establish a wind turbine manufacturing facility in Kramatorsk, Ukraine, in order to implement Ukraine’s energy strategy. To solve this task, the shareholders sponsored the purchase of equipment for rolling operations, assembly-welding of section shells, section blasting and painting, as well as equipment involved in section transportation, inside and outside the shopfloor.

A month later, the first pieces of equipment arrived at the company. A total of 713 tonnes of material for wind turbine towers manufacturing was delivered and assembled at KZTS. The first shell was forge rolled and welded in January, 2012, and the first tower for a 2.5 MW wind turbine was manufactured in May, 2012. A total of 10 such towers were produced in 2012.

Having set up production of towers, KZTS continued to master new technologies for the production of various components of wind turbine towers. For example, in 2013, the production of anchor baskets for the tower foundation was launched, and the machining and painting of the hub was mastered.

Between 2017 and 2018, the company produced 3.0 MW wind turbine towers and mastered and manufactured similar structures of 3,3-3.5 MW capacity, and in late 2018, KZTS began manufacturing a new 4.5 MW wind turbine for partners’, the AtomWind-Kramatorsk AV-K LTD, wind farm. The tower measured 116 metres with a diameter of 5 metres and a weight of 456 tonnes. In total, the company has produced 79 towers for wind turbines in its nine years of existence.

The plant can be rightfully considered not only a significant facility in the wind power industry, but also a real part of Kramatorsk history, having survived together with its residents all the difficult political circumstances of the post-Soviet era and other not always easy mood of the times, continuing to work and supplying the market with new installations. KZTS looks to the future with optimism by celebrating their eightieth anniversary they are already looking forward, knowing that in 20 years’ time they will have definitely been celebrating their hundredth birthday.