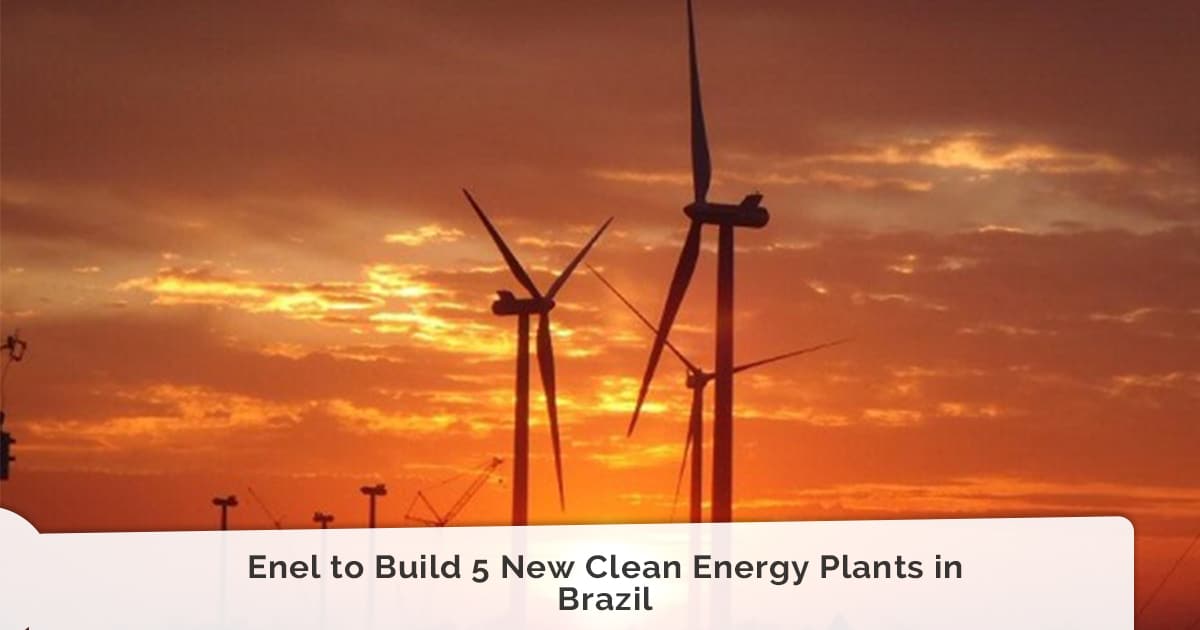 The Enel Group started the construction of five new renewable energy power plants in the north-east of Brazil. The 5 projects include four wind farms and one solar power plants with a cumulative capacity of 1.3 GW.

Enel’s investment in these projects will amount to about R$5.6 billion (about US$1.1 billion). The bulk of power generated by the new plants will be sold under agreements to supply corporate customers on the Brazilian open energy market.

The plants are expected to be commissioned in 2021, except for the Lagoa dos Ventos III, which is due to start commercial operation in 2022. Once fully operational, the five new plants will be able to generate more than 5.5 TWh per year, avoiding annual emissions of around 3 million tonnes of carbon dioxide.

The 256 MW São Gonçalo III wind farm, which will require an investment of around US$142 million, is located in the municipality of São Gonçalo do Gurguéia in the state of Piauí, where the 608 MW São Gonçalo solar plant is already in operation, of which 475 MW has already been commissioned, and an additional 133 MW phase is in the final stages of construction. When the new 256MW phase is built, the total installed capacity of São Gonçalo, the largest solar power plant in South America, will be around 864MW.

The 206MW Cumaru wind farm is located in the municipality of São Miguel do Gostoso in the state of Rio Grande do Norte, and around $184 million will be invested in its construction.

These power plants are being built with a range of innovative solutions to improve safety, quality and efficiency, including active safety devices, automated machines, drones, remote support and digital tools for use in day-to-day work operations.

In Brazil, the Enel Group, through its subsidiaries EGPB and Enel Brasil, owns and operates renewable energy facilities with a combined installed capacity of more than 3.4 GW, of which 1,210 MW is wind, 979 MW is solar and 1,269 MW is hydro.