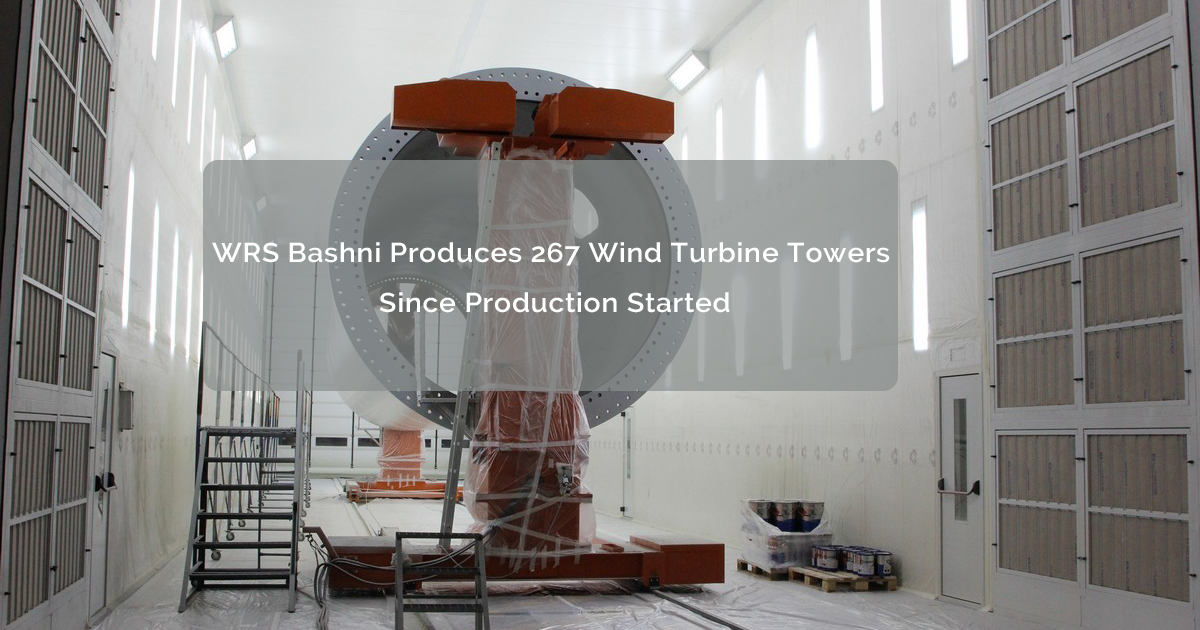 The Taganrog-based WRS Bashni, part of the RUSNANO, produced a record number of wind turbine towers by the end of 2020 – 145 units. A total of 267 towers have been produced at the facility since the production started at the end of 2018.

This is an important milestone for the company. The wind turbines, built using the 267 towers, will be able to provide 1000 MW of installed capacity for the sustainable energy industry.

The WRS Bashni facility was launched in December 2018. It is owned by Windar Renovables (51%), RUSNANO (24.5%) and Severstal (24.5%). The project is being implemented under a special investment contract (SPIC) concluded between the Russia, the Rostov Oblast government, Severstal, and WRS Bashni. As of today, the facility 82% of all materials and components used in the manufacturing are produced in Russia. Investment in the company’s development totals over 1 billion roubles.

Green power plants, utilising the equipment, are already operational in the Kamensky, Azovsky and Verkhnedonsky districts of the Rostov Oblast. In total, more than 150 wind turbines have been installed using the towers. The company also plans to manufacture outgoing products.

Alisher Kalanov, Head of the Investment Division RES of the RUSNANO Management Company and Chairman of the WRS Bashni’s Board, said, “This is an important milestone for the company and for the entire Russian renewable energy industry. In just a few years, the country managed to create an industrial-scale production of one of the key wind turbine components while achieving a high level of local content. This is the result of the joint work of not only investors such as RUSNANO, Severstal, and Windar Renovables, but also, to no less extent, of the regional authorities. The local government has been actively developing green energy for many years, which allows the region to attract investments, create new jobs, increase tax revenues, improve the structure of the energy balance and the environmental situation.”

“We are continuing our work aimed at the production of wind turbine towers, with ever-increasing capacity while maintaining the maximum possible local content level across all components that are used in the production of wind turbines. The Severstal and Rusnano’s active participation in the creation and development of the Russia&#39;s first towers manufacturing enterprise is already making a significant contribution to reduction of the negative environmental impact,” Pyotr Spiridonov, General Director of WRS Bashni, commented.