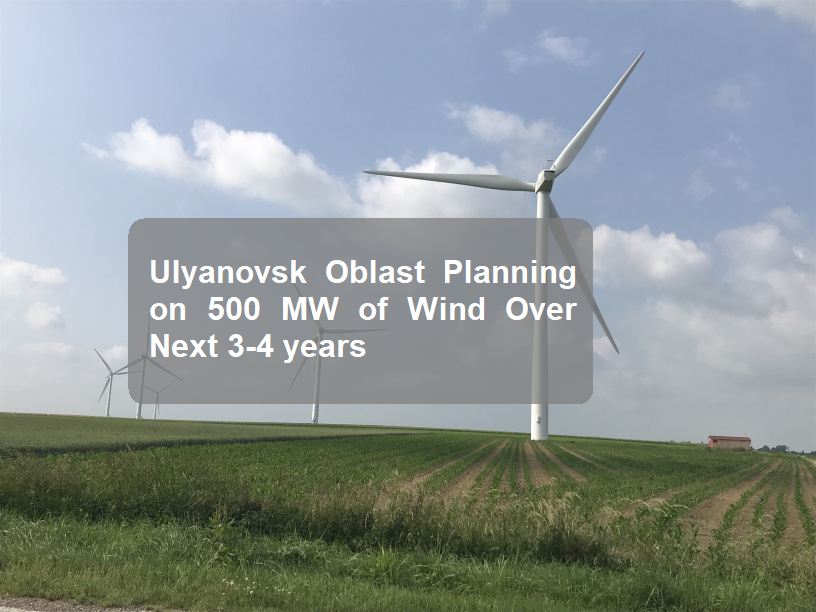 Marina Alekseeva said: “The Ulyanovsk Oblast today is a region whose economy is strongly tied to innovation. For more than 5 years, we have been successfully developing the clean energy industry. As of today, we have commissioned two large wind farms with a total capacity of 85 MW.”

She noted that the first 35 MW capacity wind farm in the region, commissioned back in early 2018, was also the first in all of Russia. Together with the global clean energy leaders – the Russian state corporation Rusnano, and the multinational Vestas and Fortum – the first full-fledged cluster of enterprises producing components for wind and solar power plants was formed as well, and the first special investment contract in Russia in the power engineering industry was concluded.

In addition, it was in the Ulyanovsk Oblast that the first Russian factory manufacturing blades for wind turbines was built and is currently owned by Vestas. In September 2020, the enterpise managed to produce and ship to customers from outside of Russia it 100th anniversary set of blades. The region plans to continue wind farms build-out in remote rural areas. The goal is to introduce new capacities annually, and in the next 3-4 years to bring them in total to 500 MW.

Roman Denisov, a representative of the Russian Association of Wind Power Industry (RAWI), presented a Review of the Russian wind energy market at the conference. He noted that the second industrial-scale 50 MW wind farm in the Ulyanovsk Oblast was launched in January 2019.

The RAWI analyst also spoke about the renewable energy support programme which was adopted by the Russian government in October 2020: “Requirements for equipment localisation and export are increasing. For example, the export indicator from 2025 to 2029 will have to be at least 5%, and by 2035 it will increase to 15%. This year, despite the pandemic, for the first time in the history of the domestic power engineering industry, blades were exported – one of the key components of a wind turbine located in Russia. And here the Ulyanovsk region became the first. In April, a batch of 48 blades was sent from the site of the Ulyanovsk enterprise Vestas Manufacturing Rus to a customer in Denmark for the construction of a new wind farm. “

In turn, Sergey Vasin, General Director of the Ulyanovsk Oblast Development Corporation, added that the region continues to attract investors to the renewable energy sector: “In active negotiations, we now have about a dozen projects, we are building up competencies in new energy: wind, solar, hydrogen. We are creating a specialized industrial park for innovative composite industries as part of the interregional industry cluster “Composites without Borders”.
The conference was held online as part of the German wind energy industry exhibition Husum Wind 2020.