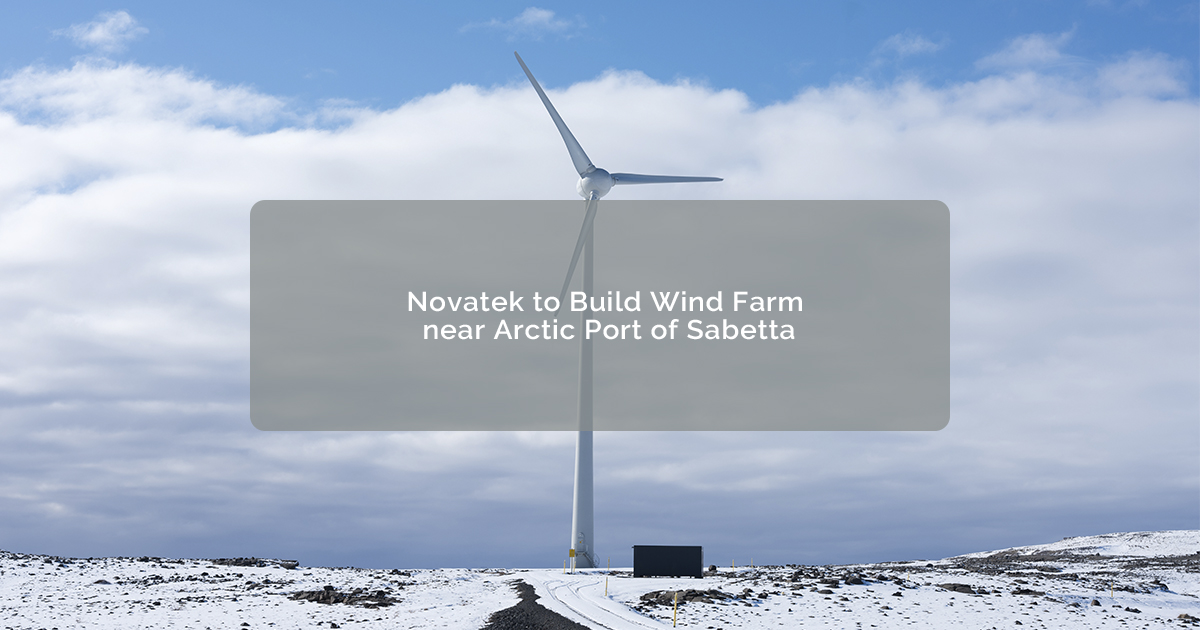 NOVATEK intends to build a wind farm near the port of Sabetta on Yamal peninsula. It plans to implement a pilot project with a capacity of 20 MW for auxiliaries, and then, if successful, further expand it to 160 MW.

As part of the project, a hybrid wind turbine and diesel-generator unit system will be installed. The company is also working on the possibility of using the hybrid system to produce green hydrogen.

NOVATEK is known to be constructing the Obskiy LNG liquefied natural gas terminal near the port of Sabetta, which is scheduled to be launched in 2024. The plant is planned to consist of two technological lines with a capacity of 2.5 million tons per year each. The Verkhnetiuteyskoye and Zapadno-Seyakhinskoye fields will be the feedstock source for the LNG plant.