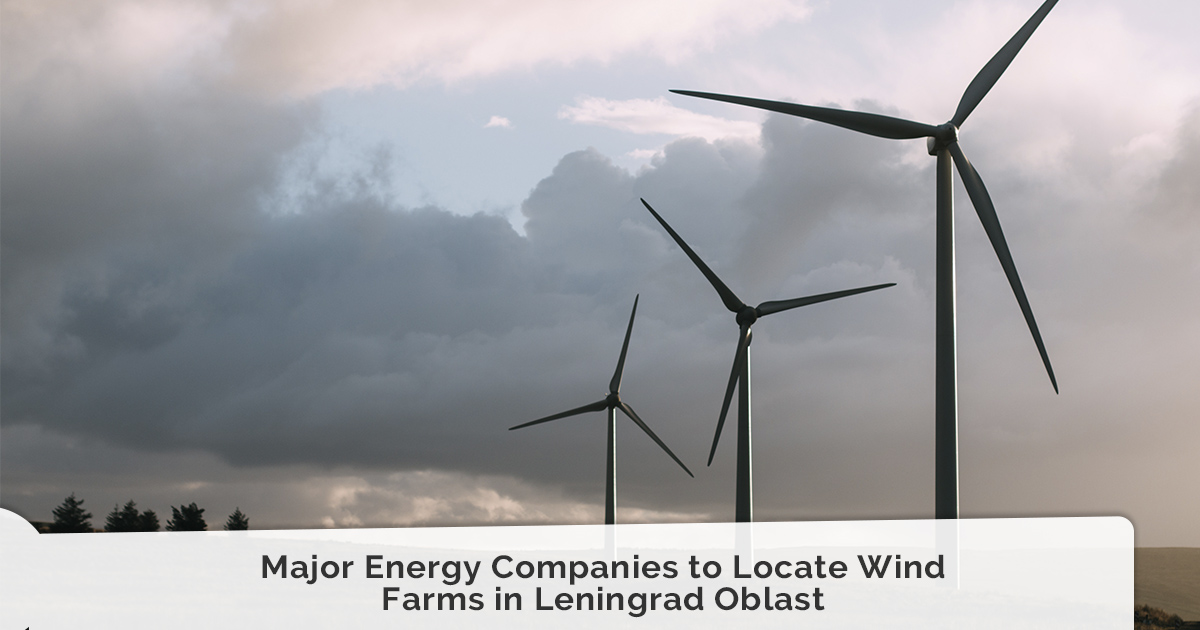 A number of leading power companies are considering the possibility of locating wind farms in the Leningrad Oblast, announced the governor of the region Alexander Drozdenko at a conference on strategic cooperation between Russia and Germany.

According to him, among them are TGC-1, VES Sviritsa and Enel Group. The projects are at the early stage of development.

Alexander Drozdenko noted that the region has created an effective system of support for investors with the Economic Development Agency of the Leningrad Oblast acting as a single – window for project support, and a number of tax incentives for investors adopted. The SPIC 2.0 programme to be adopted in the early 2021.

Incidentally, the first 68.4 MW wind farm in the region is currently being developed by Vetropark which expects to obtain construction permit in the near future.

The area for the construction of the wind park is located near the village of Sviritsa in the Leningrad Oblast on an area of 1200 hectares, in close proximity to utility systems and power lines, which will reduce the amount of capital investment in the wind farm infrastructure and simplify the delivery of major equipment.

The governor said, “the Leningrad Oblast is ready to become a platform for renewable energy projects. Creation of wind farms and hydro power plants in the region may become a promising area for German investors.”

He pointed out that the region is also interested in cooperation on technology transfer with partners from Germany. The region already has such cooperation experience with Siemens Gas Turbine Technologies assembling wind turbine nacelles for the Azovskaya and the Kolskaya wind projects.