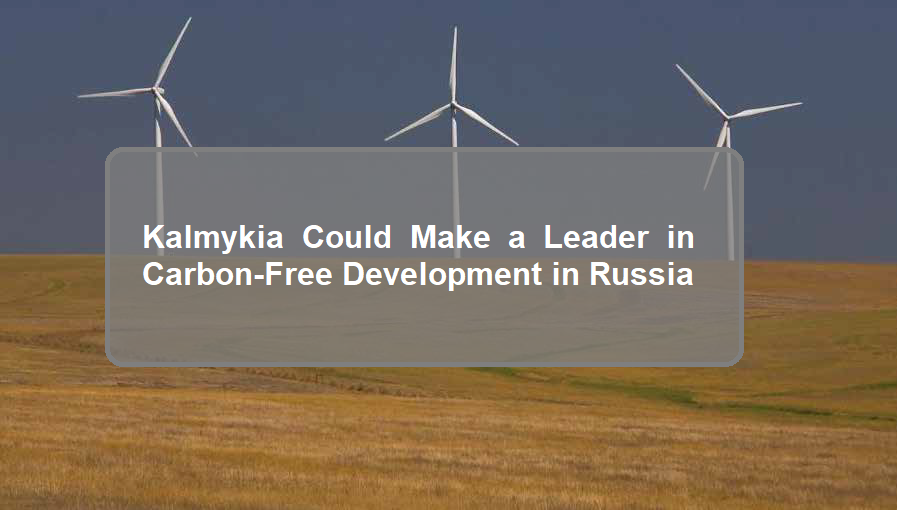 In December 2020, the Wind Energy Development Fund put into operation two wind farms in the Republic of Kalmykia. Due to the integrated development of renewables, Kalmykia has become one of the regions where an innovative industry is given rise to. Renewables will reach about 90% in the local energy balance.

48 Vestas-manufactured 4.2 MW wind turbines are installed on the territory of the wind farms. Production of the Main components – blades and towers – were localised with the participation of RUSNANO Group in Ulyanovsk and Taganrog, Rostov Oblast. The assembly of nacelles is carried out at an enterprise in Dzerzhinsk, Nizhny Novgorod Oblast. The local content level is confirmed by the Ministry of Industry and Trade of Russia being at over 65%.

Director of the Russia Renewable Energy Development Association (RREDA) Alexey Zhikharev said, “Kalmykia has vast natural potential with extensive wind resources in particular, and thanks to the state support programme, renewable energy projects have begun to develop here on a large scale.”

He added, that following global trends for carbon-free development, each region of Russia ensures the availability of sustainable energy sources at a high level. In this sense, Kalmykia has great advantages when it secures 100% share of renewables in its power mix.

“I am sure that in the coming decades, a carbon-free energy balance will become one of the criteria for choosing a location for an industrial facility.”

Erdni Natyrov, Kalmykia’s deputy housing and utilities sector and energy minister, expressed his gratitude to the Wind Energy Development Fund for implementing such a large-scale project in the Republic.

“The new wind farms will change the energy balance of the region towards independent, self-supporting power generation. Considering the natural and climatic features of Kalmykia, the steppe landscape and a large amount of wind and sun, the development of renewables is a priority in the Republic. For a long time, we have only been speculating on the construction of a wind farm. And only in 2020, a major breakthrough in this topic became obvious. Now we are discussing plans to further increase the capacity of renewable energy projects,” Erdni Natyrov said.

As noted by Dmitry Borovikov, Vice President for Strategic Development at PJSC Fortum, the company is tuned in to global economic goals of carbon-free generation and sustainable development in general.

Dmitry Borovikov noted, “Kalmykia has a unique situation. In terms of power engineering industry, this region is the first in Russia to become carbon-neutral with all its needs to be covered by green energy. The presence of a site that produces sustainale energy is a huge advantage for investors planning to develop their business here.”

Fortum’s vice president also said that the company supplies green energy from Ulyanovsk and Rostov wind farms to major Russian and international companies interested in reducing their carbon footprint. He expressed confidence that the wind farms in Kalmykia will allow expanding this cooperation.

As a reminder, the Wind Energy Development Fund is a joint investment fund created on a parity basis by PJSC Fortum and the Rusnano Group.