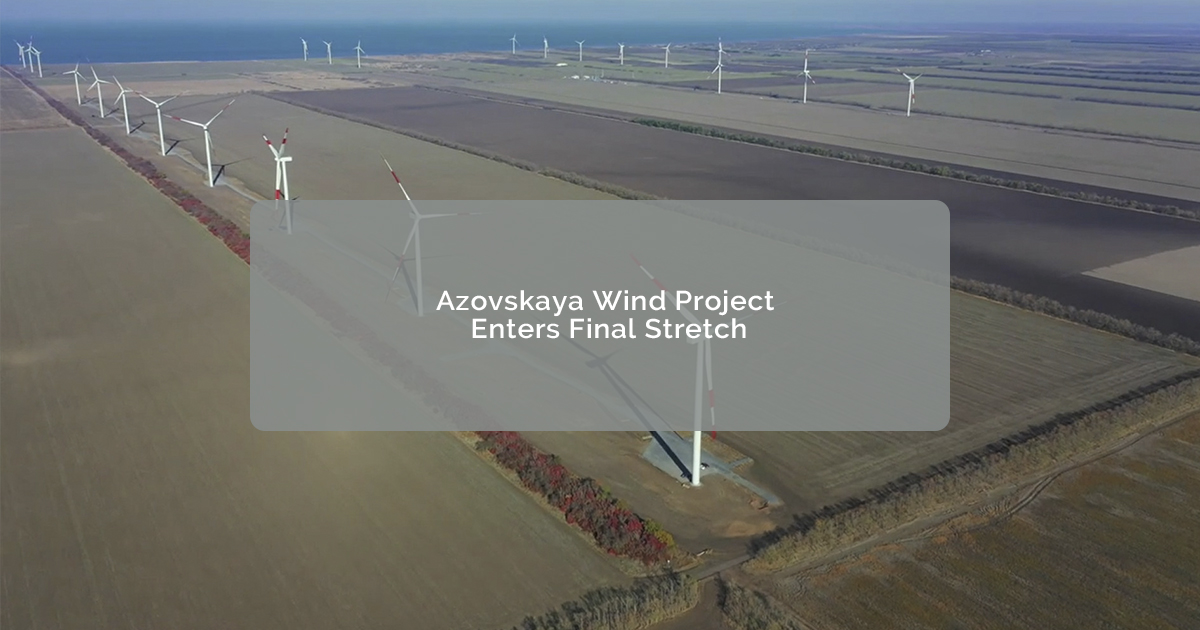 At the site of the Azovskaya wind farm, which is planned to be launched in 2021, the installation of all 26 wind turbines has been completed. The 90 MW wind farm in the Azovsky District of the Rostov Oblast is being built by Enel Russia (part of the Enel Group).

Investments in the project, which is included in the “governor’s hundred” of priority investment projects in the region, amount to about 132 million euros.

According to the Investment development Agency of the Rostov Oblast, which accompanies the project, the wind projects is currently carrying out commissioning work.

“Enel Group is one of the pioneers of the region’s green power engineering energy, and the Azovskaya project is the company’s largest one in this area in southern Russia. The launch of the wind farm in the Azovsky district was planned for 2020, but the pandemic created difficulties with deliveries of some components and travel of personnel. Nevertheless, the company managed to minimise deviations from the work schedule, and now the wind farm is coming to the final stretch,” Igor Burakov, General Director of the Investment development Agency of the Rostov Oblast, says.

The installation of the wind turbines was carried out by Enel Green Power personnel together with specialised Russian contractors. The components were manufactured at the WRS Bashni plant in Taganrog and the plant of PJSC Enel Russia&#39;s technology partner Siemens Gamesa Renewable Energy in the Leningrad Oblast.

The Azovskaya wind farm will be able to annually generate about 320 GWh, while avoiding the emission of about 250,000 tons of carbon dioxide into the atmosphere.