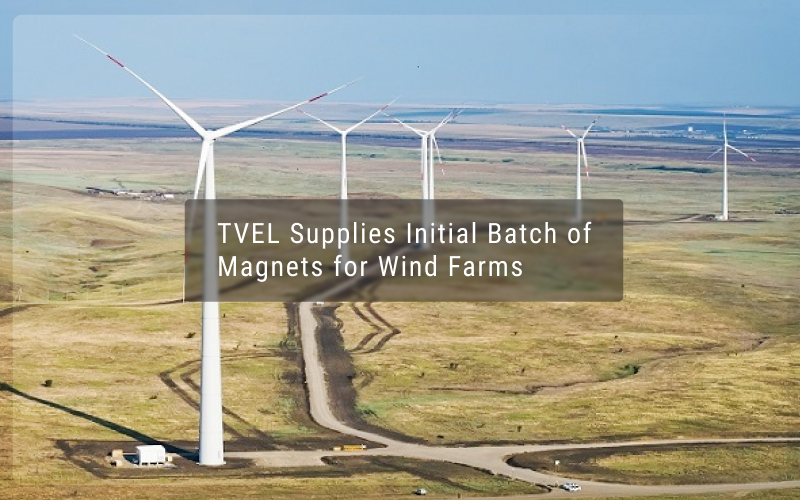 TVEL Fuel Company’s (part of Rosatom) factories are gradually increasing the local content in magnet manufacturing made of rare-earth alloys for wind turbine generators. The first batch was manufactured and shipped to customers in November 2020.

A total of more than 200 sets of magnets will be produced under the contract between Elemash Magnet LLC (a facility of TVEL) and Red Wind B.V. (a joint venture by Rosatom’s NovaWind JSC division and Dutch Lagerwey). Each set is designed for manufacturing of single electrical power generator.

Natalya Nikipelova, President of TVEL JSC, says, “During the implementation of the project, we plan to reduce dependence on imports of products by increasing local content in the production in Russia. The production of magnets is a promising direction for the development of the metallurgical business of the Rosatom’s Fuel Company. TVEL possesses all the necessary scientific and technological competencies to create the first in Russia large-scale production of permanent rare-earth magnets.”

Alexander Korchagin, General Director of NovaWind JSC, says, “NovaWind, as an integrator of wind power projects, not just built an effective supply chain, but also contributed to the development of inter-divisional cooperation and new competencies among enterprises under the Rosatom umbrella. TVEL has mastered a unique technology for the production of magnets for wind turbine generators. These technologies will undoubtedly be in demand in other branches of industry as well.”