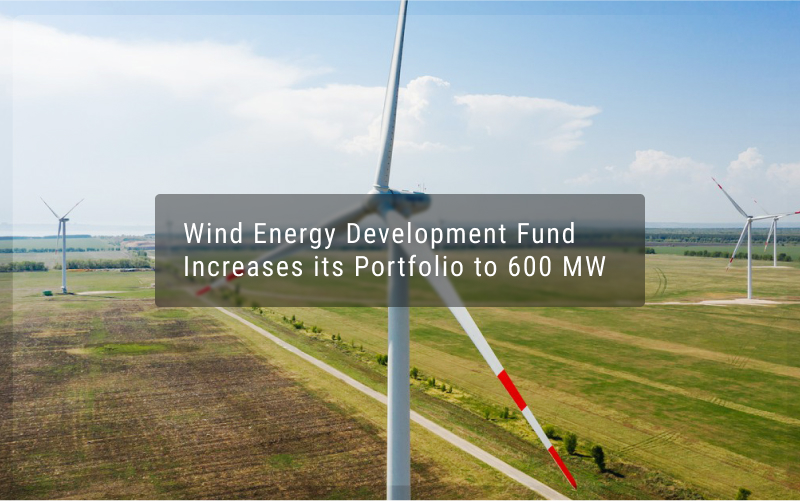 In December 2020, the Wind Energy Development Fund commissioned a total of three wind projects, having increased its portfolio of completed projects to 600 MW.

The Salynskaya Wind Power Plant (WPP), the Tselinskaya WPP, Republic of Kalmykia, as well as the first stage of the Kazachya WPP, Rostov Oblast, began supplying power to the wholesale market of electrical energy and power (WMEP). The wind farms were built and commissioned on time, despite the logistical and organisational constraints caused by the COVID-19 pandemic.

The Salynskaya and the Tselinskaya wind farms with a total installed capacity of 200 MW are located in the Tselinny district of the Republic of Kalmykia. The wind projects have become the largest generation facilities in the region. They are now part of the national grid and will supply power to the WMEP.

48 Vestas-made wind turbines with a 4.2 MW unit capacity were installed in the sites. Main components – blades and towers – were localised with the participation of RUSNANO Group in Ulyanovsk and Taganrog, Rostov Oblast. The assembly of nacelles is carried out at an enterprise in Dzerzhinsk, Nizhny Novgorod Oblast. The local content level is confirmed by the Ministry of Industry and Trade of Russia being at over 65%.

The Republic’s head Batu Khasikov commented on the occasion, “Wind power is becoming more and more in demand all over the world. It provides a huge number of advantages, environmental safety, economic benefits, new development prospects. We have some environmental assets, which allow Kalmykia to become a leader in the use of clean renewable power industry.”

“The Wind Energy Development Fund’s wind farms have provided a major breakthrough in harnessing Kalmykia’s rich wind energy potential. Thanks to our joint efforts, the region is becoming one of the leaders in using sustainalbe energy,” said Alexander Chuvaev, Executive Vice President of Fortum, Head of the Russia Division, General Director of Fortum, PJSC.

Meanwhile, the first stage of the 50 MW Kazachya wind farm became the Wind Energy Development Fund’s fourth object of the in the Rostov Oblast. 12 wind turbines manufactured by Vestas with a 4.2 MW unit capacity were commissioned at the site.

“The most ambitious regional investment programme by the Wind Energy Development Fund has been implemented in the Rostov Oblast. With the commissioning of the first stage of the Kazachya project, the total installed capacity of the largest wind power cluster in Russia, located in the region, has increased to 350 MW,” Alexander Chuvaev noted.

Alisher Kalanov said, “The Rostov Region plays an important role in the creation of a new industrial cluster of Russian renewables. I’d like to pinpoint that the construction of the wind farms is carried out using domestic equipment, blades, towers, nacelles were all manufactured locally, which ensures a high local content level.”

The Kazachya wind farm will be fully operational in the late 2021 with its installed capacity reaching 100 MW.

The Wind Energy Development Fund was established on a parity basis by Fortum PJSC and Rusnano Group to invest in the Russian wind power.