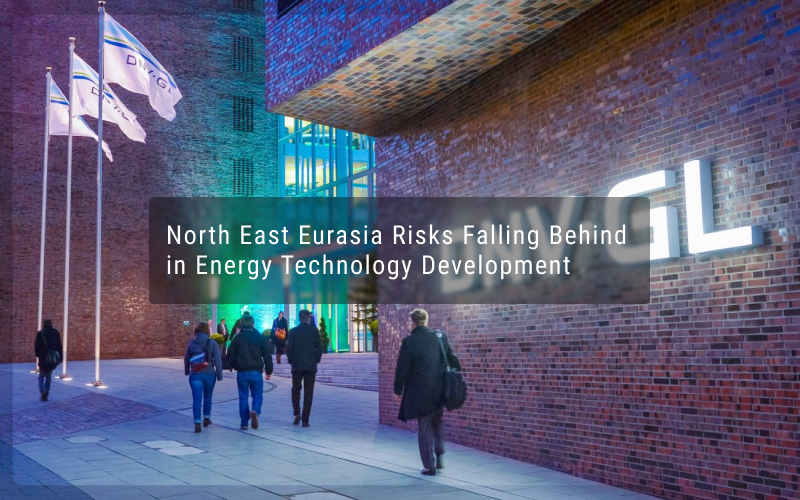 On December 1, 2020, the independent expert in risk management and quality assurance DNV GL (a member of the RAWI) held a webinar, during which the Energy Transition Outlook 2020 – A regional view for North East Eurasia was presented.

DNV GL’s Energy Transition Outlook is an independent, model-based forecast of the world’s most likely energy future through to 2050. During this webinar, the DNV GL’s representative provided highlights of the recent publication, regional details for North East Eurasia and expanded on the company’s forecasts for the growth of wind power and its role in future power systems.

Jeremy Parkes, DNV GL’s Global Business Lead for EVs, presented the report. Jeremy has over 20 years’ experience in the transport and renewables industries.

According to DNV GL, the region produces 21% of the world’s natural gas, and 16% of global petroleum liquids with abundance of coal. The energy mix is dominated by domestic oil and gas resources; dependence on oil and gas export revenue is strong, with risk and sensitivity to the global energy transition

The Russian Federation is dominant in size, population and economy – as the world’s second largest producer of hydrocarbons with Europe and CIS-countries being main export markets.

Meanwhile, the experts pointed out that uncertainty has increased in world markets, which resulted in less predictable growth in demand for the region’s hydrocarbon resources, and the probability that oil demand has peaked. The region is at risk of falling behind in technology development becoming standard worldwide, given global decarbonisation trend.

Common to the region’s countries is high energy intensity of GDP. Abundant and cheap fossil-fuel reserves, economic dependence, and political will to develop these, means the region has less focus on the energy transition.

Lower energy use and decarbonisation will come from energy efficiency, as opposed to widespread electrification and renewables. Modest targets for non-hydro renewables (e.g., aim for 5% renewables in final energy consumption by 2030 in Russia.)

Solar and wind have limited shares compared to most other regions but still have strong relative growth. The DNV GL forecasts that the uptake of new renewables will start later in the region than in most others: mainly from 2030 onwards.

Thermal capacity will continue to dominate generation – 313 GW in 2030 – but sees a decline with the uptake of variable renewables and also with continued expansion of hydropower (Hydro 139 GW 2030 and 178GW 2050).

On a global basis, DNV GL predicts that we are approaching a future in which the world will need less energy, even as the global population increases and the economy continues to grow. Large energy efficiency improvements in all sectors and accelerated electrification will see global primary-energy supply peak in 2032, at a level only slightly higher than today’s energy use. The fossil-fuel share of the energy mix will decline steadily, falling from 81% today to 54% by 2050.

But to reach the Paris agreement goals, the world needs to improve energy efficiency, beyond the 2.3% annual improvements in energy intensity, increase electrification and renewable share, decarbonise hard-to-abate sectors, and deploy carbon capture and storage – at scale.

To succeed with these, the regions needs to scale up policy and regulation – and from a DNV GL perspective, industry standards and best practices.