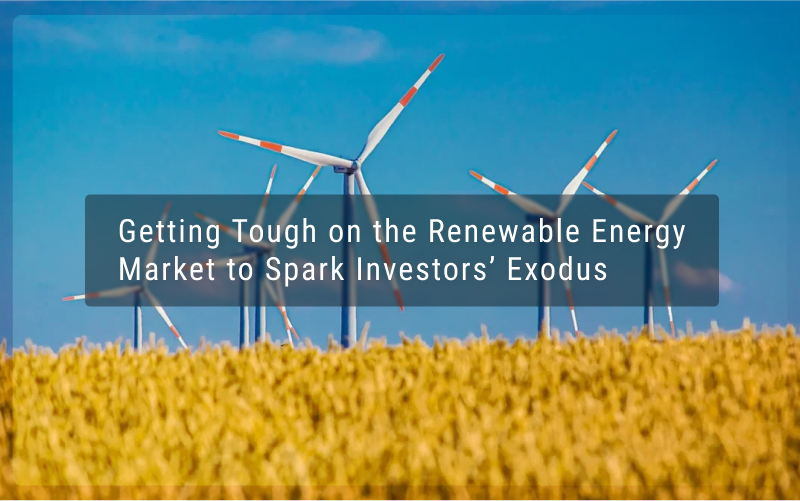 Igor Bryzgunov, Chairman of the Russian Association of Wind Power Industry, commented the Russian Ministry of Economic Development’s proposal of doubling the local content requirement for renewable energy equipment in Russia accompanied by the potentially added export requirement with fines for noncompliance and how this may cause at least one technology-specific investor to leave the Russian market. According to him, all the signs are there that the investor is going to leave Russia soon and if they do they will not come back.  Only time and the next renewable energy projects auction will tell.

The expert notes, “a start of fixing of the state-owned renewable sector energy operating in non-market environment, has been made, for which the Ministry of Economic Development is to be ‘congratulated’. Under conditions like these, one can’t be expecting any competitive prices for renewable energy equipment and, especially, any progress towards price parity.”

Speaking of another proposal of the Ministry of Economic Development and Trade which is still thinking of reducing the amount of the second renewable energy support programme for 2025–2035 by half – down to 200 billion roubles – Igor Bryzgunov says, “they lured investors in and then decided right off to ‘pink’ them like sheep totally forgetting that the investors can vote with their feet and leave the country.”

In his opinion, the equipment used at the current investors’ factories producing wind turbine components located in leased areas could then move to the markets of neighbouring countries.

He paints a picture of doom and gloom, “and we will be left with the Rosatom’s wind turbines and this company will surely make them as ‘cheap’ as a nuclear power plant unit if not challenged with enough competition.”

Bryzgunov further notes the argument that the renewable energy support can affect the price of electricity in the market is not working with “renewables being responsible for not even close to 5% [in the country’s energy mix]. This argument is most likely a cover up for fossil fuels increase in consumption, and the renewables impact is less than 1 per cent.”

He also recalled another initiative of the energy market regulators, which propose to limit the construction of power plants based on renewables in some of the Russian regions. In the first wave, this may affect the south of the country where more than 3 GW of renewable projects are scheduled to come online by 2024 increasing the renewable power industry share up to 8%.

“The proposal to force renewable energy into isolated regions sounds like sending it out of sight to a place where there is a minimum of investment and energy consumption, and one can forget about the development of the industry once and for all,” Igor Bryzgunov concludes.