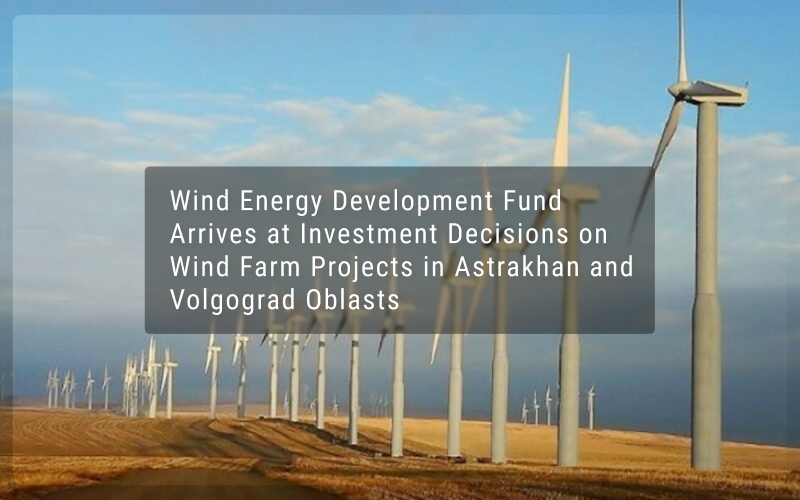 The projects are part of the Fund’s 1,823 MW portfolio awarded in 2017 and 2018 as a result of competitive selection of investment projects for construction of renewable energy generation facilities.

Production of key wind turbine components – blades and towers – was localised by the Rusnano Group in the cities of Ulyanovsk, Ulyanovsk Oblast, and Taganrog, Rostov Oblast, while nacelles are assembled at the plant in Dzerzhinsk, Nizhny Novgorod Oblast.

The Wind Energy Development Fund was established on a parity basis by Fortum PJSC and Rusnano Group to invest in the Russian wind power. During a competitive selection process in 2018 and 2019, Fortum also was awarded the right to build 116 MW of solar projects. An individual investment decision is made for each specific facility.

The amount of Fortum’s capital invested in solar and wind power facilities, the rights to the construction of which were received in 2017, 2018 and 2019, as previously reported, will be within 15 billion roubles.

Today, the Fund’s portfolio consists of four wind power plants with a total capacity of 350 MW built and commissioned in the Rostov and Ulyanovsk Oblasts. The portfolio of projects under implementation has increased to 745 MW, the investment decisions made included – 200 MW in the Republic of Kalmykia, 100 MW in the Rostov Oblast, 340 MW in the Astrakhan Oblast, and 105 MW in the Volgograd Oblast.